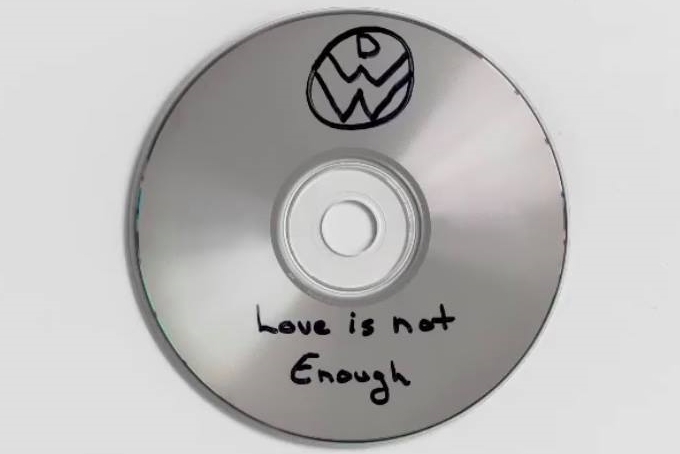 With their first release under their name in over six years, Canadian multi-platinum genre-benders Down With Webster are back on the grind with their new single, “Love Is Not Enough.” In 2017, the band went on hiatus, but left the possibility open to a resumption of activity in the future.

The track comes in on the 13-year anniversary of the original self-titled, independently released Down With Webster album’s released – just days after the bulk of the band released a song with their other band, Honors (yes, the American spelling), which they have been touring under since 2017. Honors released their only album to date in 2018. The 16-song, hour-long record showed a different side of the group’s musical interest — ranging from trap to drill rap to R&B.

The comeback was hinted at in a wide-ranging personal update posted on Instagram by frontman Pat Gillett in March. “Who knows? If the stars align maybe there will be a DWW reunion…” he wrote.

With the hiatus came the departure of Dave “Diggy The DJ” Ferris, who went on to become one of the top billed DJs on the club circuit in Toronto, Canada. The remaining members have writing credits on the track, with the exception of Bucky (real name: Martin Seja). The band membership stands at Seja and Cameron “Camm” Hunter splitting rapping duties, Pat Gillett as bandleader on vocals and guitar, Tyler Armes on synth/keys and bass guitar, with Andrew “Marty” Martino on drums. Each remaining founding member of the band have been on board since its creation in 1998, when they were just pre-teens in middle school.

Rounding out the writing team are veteran Toronto hip-hop producer ZALE, whose credits include songs by Kendrick Lamar, Meek Mill and Nicki Minaj, as well as Joelle Hadija and Brett Kruger.

“Love Is Not Enough” packs a nostalgic punch of DWW’s signature sound, with Armes’ lusciously layered synth swaddling Gillett’s smooth as butter delivery. The track expresses words of sorrow over a girl and how things could’ve gone better had different actions been taken. The band posted on Facebook that they spent 2015 recording an album to release as Down With Webster, but it didn’t feel right creatively at the time. But when the time did come, Armes, 35, divulged on Instagram that DWW would be taking a non-traditional approach when releasing the album by “releasing the songs 1 by 1.” Fitting for their first song in six years, the track opens on the line, “It’s been a long time coming now.” Indeed, it has been.

Fans took to Twitter to voice their excitement for the band’s return.

Who else had “Down With Webster releases new music” on their 2020 bingo card?

Down With Webster showed up to save 2020 letsss goooooo

Before going on hiatus, DWW put out four albums between 2007 and 2014, selling over one million copies worldwide. Hits from those albums include party banger “Party For Your Life,” chill offering “Royalty,” and “Whoa Is Me,” the band’s signature live show opener – a track about how unreal life can be when you are a rockstar. With the hits came a sturdy undercard of tracks, such as galactic adventure tune “Star Maps,” Motown inspired “Miracle Mile,” and rock anthem “Professional.”

They toured extensively throughout the early 2010s, headlining across Canada and the USA, appeared on Warped Tour 2009, and supported bands such as Forever The Sickest Kids, 3OH!3 and Timbaland.

Amidst all the chaos in the world today, it sure is nice to have some wholesome Canadian rap/rock to sit back and enjoy. Time after time, DWW gave us songs that hit different sensory receptors in different situations, but always hit the one that makes us feel free. And that holds true with “Love Is Not Enough.” Down With Webster is back.