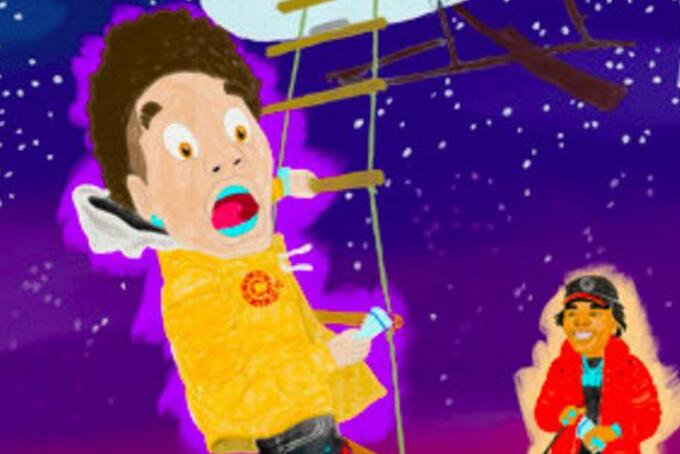 Lil Mosey is back with Lil Baby for their first song together, “Back At It.” The duo raps about women, fame and jewelry, alongside a melodic beat that’s surely going to make you sing along. Seattle-born rapper Lil Mosey announced his new single release on Instagram and it was soon released everywhere Friday, June 26.

His new song is his second single after “Blueberry Faygo,” which reached the Billboard Top 100. He announced that “Back At It” is a part of his sophomore album Certified Hitmaker, as a part of the deluxe version. It is also his first song with Lil Baby, whose album is number one on the Billboard 200. This iconic duo was waiting for fans to hop on the song and “run it up.”

Lil Mosey also raps about his drug-free life in the song. He mentions that “I taught myself how to get it alone and don’t ever pop no pill.” This is a big milestone for an 18-year-old rapper, as he is drug-free for six months, since his dear friend Juice WRLD passed away in December 2019. His feature, Lil Baby, continues to rap about his success and fame. He shows off his wealth by rapping, “Every other month a different whip, I get bored quick.”

“Back At It” gained over 300k views in 24 hours on Youtube and over a million plays on Spotify. Most of Lil Mosey’s fans were excited about his new song and hyped up. However, most of them were also disappointed with Lil Baby’s verse and felt as if the song was ruined. Regardless of the mixed opinions, it’ll definitely be a hit and the talk of summer 2020. Go ahead and listen to the song, and let us know what you think about it in the comments below!