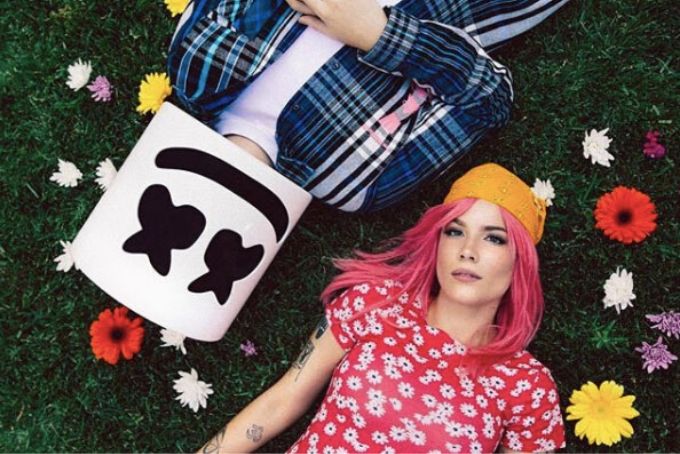 Marshmello and Halsey just dropped their colorful new music video for their collaboration, “Be Kind.” The video for the single, which was released back in May, shows Halsey dancing through vibrant, digitally-rendered worlds. The video, of course, had to be made while in quarantine, due to the COVID-19 outbreak.

What makes this video even more impressive is the fact that Halsey had to learn all the choreography over FaceTime. The singer took to Twitter to share some behind-the-scenes details about the filming of the video, where she shared that she even had a broken ankle while learning the choreography.

I’ll tell u guys more about it soon but this video was wild to create. Learning choreo on FaceTime, then I broke my ankle, we used a Bolt camera so it was all programmed beforehand so there wasn’t a human physically operating it, the team that rendered the worlds. It was wild!

Halsey also shared a video with her fans of her practicing and learning the choreography while in a chair, due to having a fractured ankle. The whole video was created using green screens and a programmed bolt camera that followed Halsey around the colorful, digitally-rendered worlds. In the beginning of the video, we see Halsey in an old, abandoned warehouse, sporting an over-sized pink tee that matches her pink hair. She then drifts off to sleep, where she imagines a more colorful world, inspired by one of her favorite places to drift off to: Japan. At the end of the video, Halsey’s woken from her colorful daydream by a robot, revealed to be controlled by Marshmello.

I rehearsed the Be Kind choreo in a chair until my ankle fracture healed enough for me to be on feet… And here’s a video of me being hellllaaaaa OVER IT lol pic.twitter.com/o30lKqvHM3

The video is overall very creative, considering the fact that it had to be made in quarantine. Halsey really proves to us that along with being an amazing vocalist, she can also dance really well, even with a broken ankle! Check out Marshmello and Halsey’s new video for “Be Kind” below.