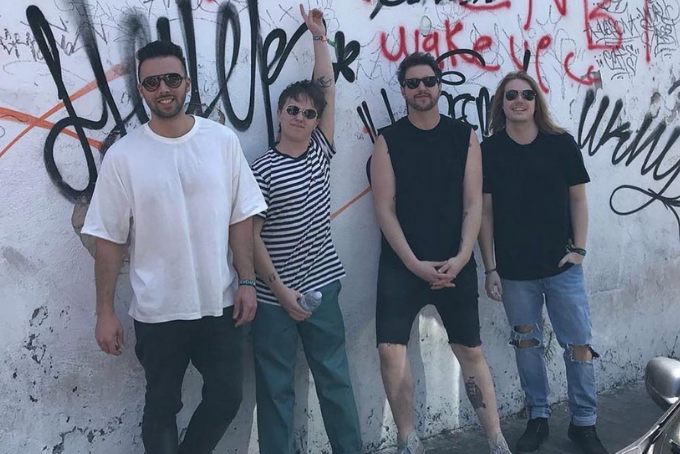 Lead singer Conor Mason does not look like the type of person who’d have such an incredibly powerful voice. It’s haunting, booming, creates an echo effect, yet at the same time is incredibly smooth — like a knife cutting through butter. Pair that with the rest of the band’s talent, and Nothing But Thieves are a great rock band that definitely deserves quite a bit more popularity.

:: Here's what we've been plugging into our ears to keep us sane at home. If you've got any recommendations let us know, link in bio ::

The English band has had great success in Europe, but they are searching for a more concrete presence in the States. Their upcoming third album, Moral Panic, could push them there depending on how their sound evolves. The latest single from the record, “Real Love Song,” falls a bit short of our expectations. It comes across as a very safe, commercial type track — which could be their intention if they’re looking for more radio play. Knowing the the band’s past material, it just doesn’t expel the same weight or rock and roll power we wanted to hear, frankly.

When we listen to Nothing But Thieves, we feel suspense — regardless if it is a softer or harder track. For example, “Graveyard Listening” is peaceful, graceful, and holds great depth lyrically. “Amsterdam” leads with a great buildup that later explodes in a compelling outcry. Both songs create intense emotions, and that’s what “Real Love Song” lacks for us. The sound doesn’t change too much in it, nor are the lyrics the best NBT has written.

“Real Love Song” is one of two recent singles off Moral Panic, set for release on October 23. It could be that one-off, oddball on the record that so many artists have. Especially since the other single, “Is Everybody Going Crazy,” aligns more with their previous sound. Time will tell. We will just have to wait and see what NBT has in store for us come October. Our opinion may be an unpopular one as we’ve seen many fans rave over it online, saying that “Nothing But Thieves cannot make a bad song.”