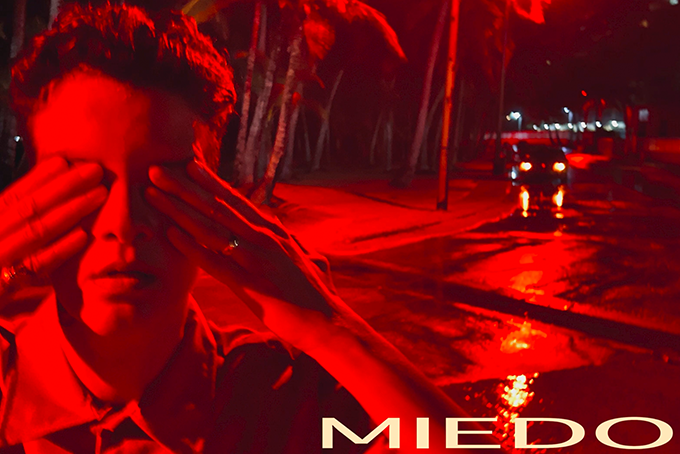 The contemporary notion that music by LGBTQ artists has to sound a certain way has no grounds with the Dominican songwriter Rita Indiana’s new single “Miedo.” The title of this reggaeton-infused summer bop perhaps undersells the poetic precept behind the song’s hard-hitting stanzas — a love so fierce it strikes fear in the lover’s heart. The premise bears the capacity to transcend queerness, but as Rita explains to Billboard, “For the LGBT community, fear is something to be conquered every day … This song is for my community, for whom love has always been a heroic trait.”

Produced by Eduardo Cabra of the Puerto Rican hip-hop giant Calle 13, the track boasts the kind of eclectic disposition that defies categorization. Rita’s vibrant aesthetic in “Miedo” is comparable to the polystylistic thread in El Juidero, her 2010 debut album. In the new single, Rita’s hard-rock voice delivers gothic, awe-inspiring images among strands of punctured Bollywood string riffs and heavy reggaeton grooves. A rap verse is nestled in between the rhythmic soundscape of cinematic proportion.

Stylistically, it’s a notable departure from the raw, live energy of her older urban tracks “Los Poderes” or “Bajito a selva” while keeping true to their signature Afro-Caribbean beats and deviant sensibility. The single points to a new direction for the novelist-turned-songwriter characterized by the solo-artist-production approach in lieu of her previous backing band, Los Misterios. The post-punk aesthetic, however, remains.

The single release supports Rita’s break from a 10-year musical hiatus to push her next album release, Mandinga Times, in September 2020. The artist’s musical comeback is timed intentionally with a global moment of reckoning for the Pride community as it turns toward its protest roots. Since her first album release, Rita Indiana has released two novels and was selected as one of the 100 most influential Latino personalities by Spanish newspaper El País. Both her literary and musical work interrogate contemporary notions of intersectionality and nonconforming sexual identity in the Caribbean.