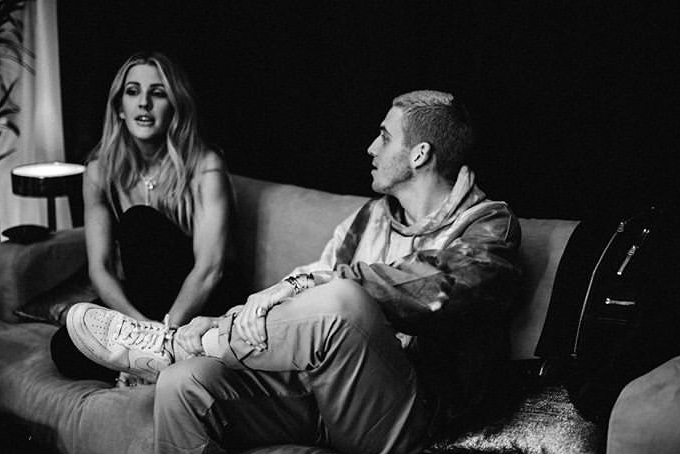 Though fans have been waiting quite awhile for a new Ellie Goulding record, they’re finally getting some rewards for their patience. As the countdown to her forthcoming fourth studio album, Brightest Blue (due June 17), continues, Goulding has dropped a new track with Lauv: “Slow Grenade.” It’s designed to help fans get through the next two weeks.

The track details a doomed romance and how difficult it can be to move on from a toxic relationship. The collaboration makes for nice back-and-forth between the two sides of the relationship, showing how both sides know they’re not good together, but can’t bear to be alone. “Slow grenade is blowing up // My mistakes,” Goulding sings in the chorus. “It’s like a part of me must want it // That’s why I’m not running from it // Can’t escape this blowing up.”

On his verse, Lauv wonders why it’s so hard to simply let her go: “Crazy, late nights in the city // Drink until you hate me // Then say that I should just let you go.” The track is a very straightforward pop song, marking a return to form for Goulding, layering skipping beat atop skipping beat over an acoustic guitar, until the chorus explodes into waves of vocoder-distorted vocals. Goulding’s distinct voice soars, bouncing off Lauv’s subtle but strong presence, perfectly capturing the pain in the track.

The track completes the second half, or the “EG.0” side, of what will be a double album, joining already released collaborations with Diplo, Swae Lee and the late Juice WRLD. Taking to Twitter to celebrate the track’s release, Goulding thanked her fans: “Thank you for allowing me to use my voice in these moments and bring out the fearlessness in my music.”

Serving as the record’s third single, “Slow Grenade” follows the blackbear-featuring “Worry About Me” and “Power.”