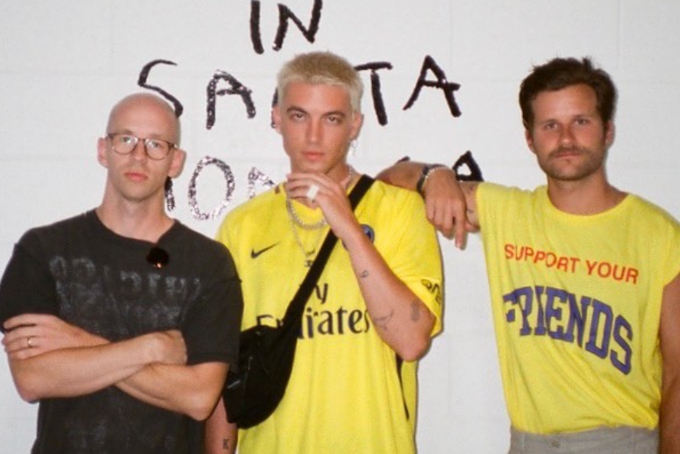 LANY Just released their second single from their upcoming third studio album, Mama’s Boy, and it’s an emotional one. When the trio announced the album, they expressed that it would be a reflection of where they came from. And in their latest release, “If This Is the Last Time,” lead singer Paul Klein sings a love letter to his parents.

The song begins acoustically with a verse dedicated to Klein’s mom. On it, he sings about how much he appreciates her; a feeling many who are close to their mothers can relate to. But on the chorus, things get even more emotional as he ponders a time when his parents won’t be by his side. “If this is the last time, please come close,” he croons. “I love you with all my heart, you know // I don’t wanna cry, I’m bad at goodbye // If this is the last time.”

The second verse of the song is dedicated to Paul’s Father. On it, he showcases his own vulnerability and opens up about all the things his father has taught him. “Taught me how to fish, taught me how to ride a bike,” he sings. “Taught me how to love, how to treat a woman right.” Like many of us, he learned all of the little things — and the big things — from his parents.

In a letter to fans, Klein revealed that inspiration for the song came as he was thinking of his family while on tour. “The idea for the track came to me on a flight to Beijing last summer,” he wrote. “My Uncle Buddy (I have his name tattooed on my arm) is getting older, and I don’t get to see him very much because I’m always working and/or on tour.”

Fortunately, Klein’s Uncle Buddy is “in good health,” but that didn’t stop the singer from fearing the worst. “You never know what could happen,” he added. “And I thought to myself, ‘what if the next time I get to see him is the last time I’ll get to see him?'” Overall, the track is a very beautiful tribute to family; one that will make you want to hug your family tight and tell them how much you love them.

Listen to LANY’s latest single, “If This Is the Last Time” down below.