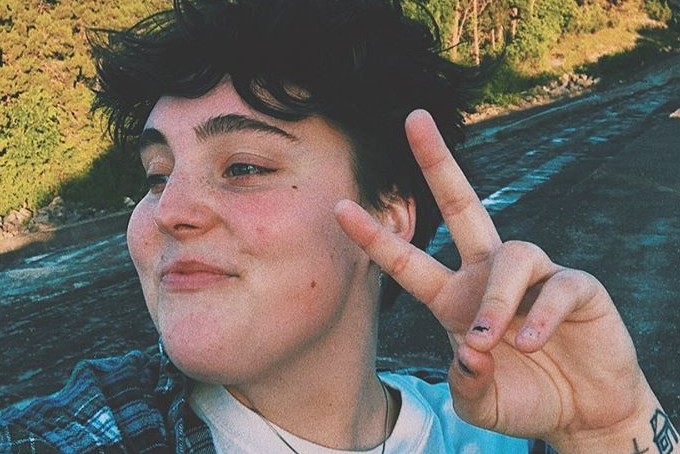 Emma Oliver is known for her beloved videos on TikTok, on which she tends to present more so as a comedian than a pop star. But after using her platform to sing a few songs to fans, they continued to demand that she release music. So sure enough, she listened. The viral indie pop star has teamed up with production duo Loyalties to deliver a stunning collaboration titled “Sad Sometimes,” out today!

Maybe shes born with it 😘

Loyalties is comprised of Dan Stringer and Michael Kanne, who deliver music with bold drum patterns, big bass riffs and larger-than-life pop hooks. They have worked with other prominent artists in the past like X Ambassadors. You can really hear their influence on the track, which helps bring it to life and complements Oliver’s voice very well.

The debut single talks about how it’s okay to feel sad and to sit with that emotion as it processes. There’s often a stigma toward the outward display of emotion in our world, especially for men, which can lead to poor coping mechanisms. “Sad Sometimes” tells listeners that they shouldn’t feel pressured to put on a happy face, especially as we live through this whirlwind of a year that has stirred up a wide range of emotions for everyone. For many people, sadness has been a very normal response.

The track can be interpreted by the listener based on their experiences, but to the 22-year-old, it references the emotional labor involved in a toxic relationship. She discusses how it can be hard to get away from and get over someone when they live in a small town with the same group of friends. The song starts off really well and we were pleasantly surprised. It continued to build, and Oliver’s voice had us pulled in throughout. There’s a familiarity to it, which is definitely brought on with Loyalties’ touch. We would compare it to many of the different chill, indie-pop songs on various playlists. Give it a listen, and maybe add it to your own chill vibes playlist.