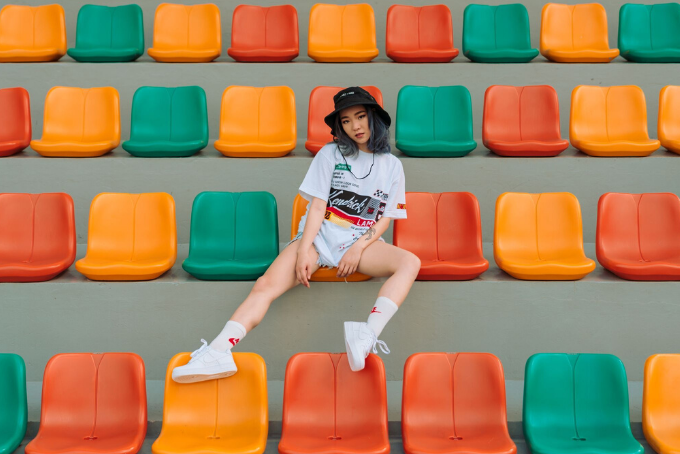 Like most folks, Chinese-American singer-songwriter Demie Cao has spent a lot of time inside these last few months.

Unlike most folks, however, Cao hasn’t spent her time baking bread or trying to keep succulents alive (though she has picked up a pretty mean Animal Crossing habit) — she’s too busy writing songs, like her most recent release “Sage.”

Getting her start in music with K-pop covers, Cao isn’t afraid to rep her Asian heritage, and “Sage” is no exception. Being released in both Mandarin Chinese and English, “Sage” is an incredible track from a rising star, and Soundigest had the opportunity to sit down with Cao and ask about everything, including her alter ego, her quarantine, and of course, Animal Crossing.

Super excited to announce SAGE dropping this FRIDAY!! It’s a track I worked on with @beatsbyholly and the second song off the EP🔥keep your ears and eyes peeled! ❤️

Hello! Congratulations on your latest release “Sage!” How are you feeling about this release? Good, I assume?

Amazing, it really feels good to finally put this track out.

In your own words — and not my journalistic speculation — what is “Sage” about?

For me, “Sage” was an experiment where I let my alter ego take over. Holly produced this super hard beat, that the more demure Demie Cao probably couldn’t pull off. I channeled Demie the Destroyer and she was really the one responsible for this creation.

I’m sure you’ve been asked this question a million times, but let’s make it a million-and-one: how are you dealing with this pandemic and quarantine, especially as a musician?

Honestly, probably the same as everyone else. I picked up Animal Crossing, which by the way is highly addicting. I write mostly at home anyways so this process hasn’t really changed for me, although I did develop this new habit of writing really emo poetry very late at night.

You released this single in both English and Mandarin, which is very cool, by the way. Any particular reason why?

I am Chinese-American and I was brought up on Chinese culture, so I really wanted to pay homage to that. I want my parents to listen to my songs and be proud, you know?

What filming MV’s during quarantine looks like. Miss filming in the great outdoors with @johnsondiep 🥺

According to what I’ve read, you got your start in doing K-pop covers. How has K-pop influenced your music?

I, like most Asian-American youth, went through a wild K-pop fan phase in high school. Prior to being exposed to K-pop, no one in the media was ever Asian, so I didn’t really feel that being an artist was a possibility for me. K-pop kind of opened that doorway, and I wouldn’t be here if I hadn’t discovered SHINee in 7th grade.

And while we’re talking influences, what (or who) are some of your other influences?

They change a lot, but currently, I’m very into artists like Still Woozy and The Internet. It’s constantly changing, though. I would say the biggest influence is my mood swings.

You’re Chinese-American — do you think your background affects your art? Some artists say yes and some say no. I always love hearing why or why not.

I would say yes since I was brought up with Chinese virtues and principles. It’s weird because I feel like my art actually causes me to realize my relationship with my culture rather than the other way around. A lot of times when I’m writing, I have moments of self-discovery where I understand why I’m creating or feeling a certain thing because of how I was raised. Not sure if that makes sense, but that’s just how I feel.

And my favorite question to ask all artists: why should the world care about Demie Cao?

I can’t say that you should, but I hope you all will eventually because I’m gonna stay a while.