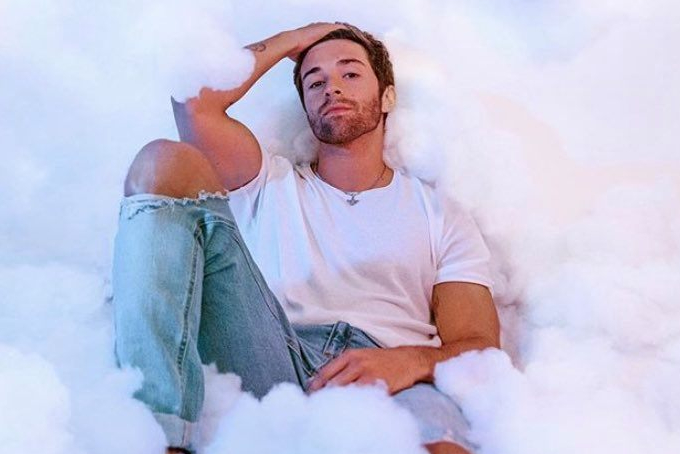 Floridian R&B staple Jake Miller posted on Instagram last week, giving fans a sneak peek at his next four songs, and asked for input on which to release first. The people spoke and Miller dropped “Blame It On You,” the first option in the post on, July 17 — the first installment of Miller’s commitment to releasing one song per month for the foreseeable future.

“Blame It On You” is a whimsical and pulsating tune that carries on the train of thought first divulged in Miller’s first song of 2020, May’s “Saved Me,” which has averaged over 330k streams per month on Spotify since its release. As Miller’s romance with girlfriend Brandi Burrows continues to grow, so does his catalogue of tracks about how the relationship has changed his life for the better.

Lyrically, Miller speaks of missing his lover when they’re apart and how, even in immediate absence, she’s in his thoughts all day long, singing, “First thing that I think about the second I’m awake // Your perfume on my pillowcase, ain’t slept in days // And my friends keep tellin’ me I’ve changed.”

Miller opted for a shorter track, ending the song abruptly, eschewing a bridge verse completely. Most of his catalogue reaches the three-minute mark, while “Blame It On You” barely surpasses 2:30.

Miller originally teased the track in an April TikTok, featuring the subject of the song, Burrows, and his sister, Jenny Miller. The ladies performed a dance to the song, then Miller made an appearance, brandishing a glass of scotch.

Next up on the list of Jake Miller releases are a trio of tracks that preliminarily fall under three minutes in length. As per the previews on Miller’s Instagram, the theme and sonic topography remain similar to “Blame It On You.” Expect Miller to engage fans again when picking which song to drop next.