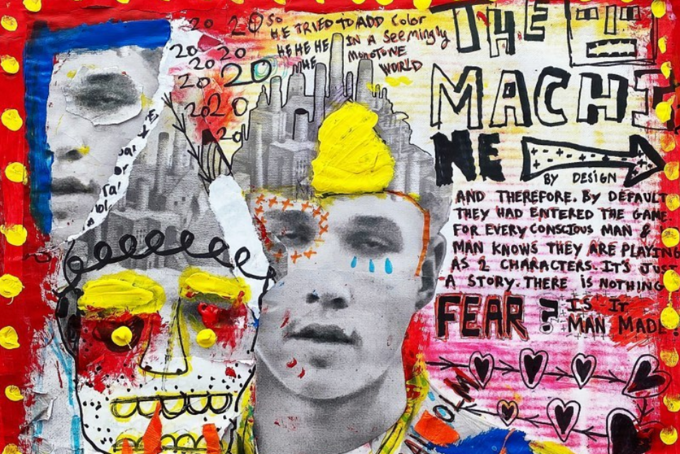 Despite being a newcomer, London-raised musician Oliver Malcolm has already mastered the art of making a statement. The rising star is a force to be reckoned with and the proof is in his small-but-eclectic discography. His latest single, “The Machine,” follows hot on the heels of his critically-acclaimed debut song, “Switched Up,” “Helen” and “Kevin.” “The Machine” serves as a revolt against greedy social institutions, and it’s some of Malcolm’s best work thus far.

Malcolm’s fourth single is inspired by his love for English rock band The Clash, as well as the murky atmosphere of his hometown in the U.K. The track made its world premiere on BBC Radio 1’s Indie Show with Jack Saunders, and the two discussed the deep meaning behind the lyrics. “The Machine” denounces social institutions that prioritize financial prosperity above all else, including basic concepts such as human rights. “Took their mind so they don’t dare to dream // Took their voice so they don’t dare to scream,” Malcolm sings over the self-produced experimental beat. The track is as catchy as it is relevant, especially in the midst of today’s political climate.

As if writing his own lyrics, directing music videos and producing his own tracks wasn’t enough, Malcolm can now add “cover art designer” to his extensive résumé. The musician posted a time-lapse Instagram video that gave a sneak peek at the creative process behind the unique cover art. Needless to say, the upcoming music video for “The Machine” is bound to be an eye-catcher.

Oliver Malcolm’s debut album is looming on the horizon and we can only imagine how diverse of a project it will be. Each of his singles bears a life of its own and his EP will only solidify his status as music’s newest jack-of-all trades.