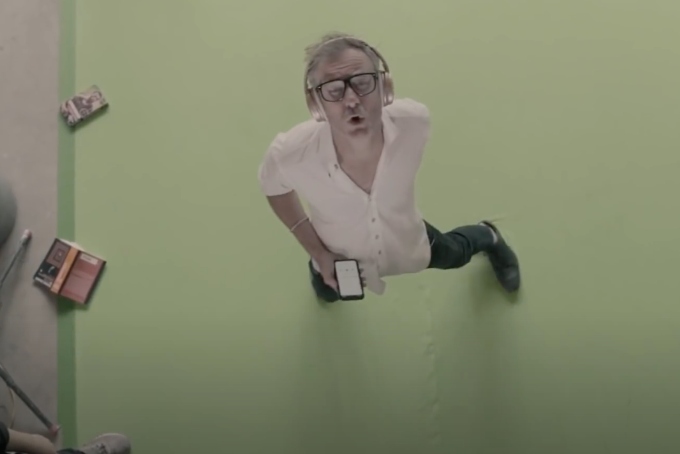 Alternative-rock group The National has been creating gems since 2001, dipping into our feels and helping listeners say what’s on our minds. If you’re new to the band, take a listen from the beginning and work your way through, as their material is the perfect accent to working from home or driving along scenic routes during the summer.

Matt Berninger, American singer-songwriter from Cincinnati, Ohio, is no stranger to working his magic through lyrics to paint a bigger picture. His voice is calm and distinct, allowing the words to pack a bigger punch. Last week, he released “Distant Axis,” which was accompanied by a music video produced with his brother, Tom. The single will appear on Matt’s upcoming solo album, Serpentine Prison, which is due out this October with Book Records and Concord Records.

The beginning of the track sets the mood for a quiet, slow jam. Guitar chords are followed by bass accents, as well as piano keys for an element of oasis. Berninger’s lyrics reveal a union between lovers that lost their way. “I was looking up at the levels in between us / ‘Cause I was sinking through the floor,” he sings. The track is gentle, intimate, and riveting, which is not a drastic turn from The National’s traditional vibe and sound. Way to stay true, Matt!

Fans love Matt’s devotion to the band’s style, as well as his ambition to commit to a solo project. On his Facebook page, Berninger wrote, “I wrote this song with Walter Martin [of The Walkmen], but it was so beautiful already when he sent it to me that all I really had to do was sing along. Then Booker T Jones and our group of amazing musicians took it interstellar.”

Check out the song below, and come close to the “Distant Axis.”

Also, Matt has contributed to a “Social Distancing Distortion” playlist on Spotify. Thanks for compiling some tunes for us, Matt! The link to listen is here: