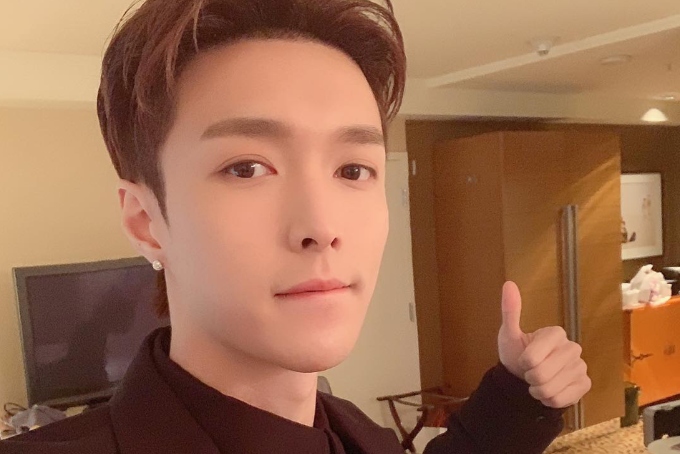 Lay Zhang has released his fourth studio album, LIT. The release of the project was split into two parts, with the first half dropping earlier this summer on June 1. As of July 21, we’ve now been blessed with the second half of the album, and the album in its entirety. On it, the EXO singer provides fans with a cross-cultural and genre-bending experience as the 12 songs are sung in Mandarin and English.

The titular track “LIT,” also known as “Lotus,” contains ancient Chinese elements and instrumentals as Lay sings about his achievements and confidence as a global superstar. “Standing at the next level / Prepared to own my title / Turn a blind eye to the dirt / Lit (Lotus Flower) grows and blossoms out of the mud,” he sings. The cinematic music video is also next level and full of symbolic imagery of dragons and lotus flowers, which represent his status, his pursuit of greatness, and also a rebirth. It also wouldn’t be a Lay video without a display of his stellar dance skills.

The Chinese singer-songwriter and producer details his growth, aspirations, and self-confidence on the rest of the album through a myriad of genres including Mandopop and trap. The pre-released track “Jade” was written and produced with Canadian producer Murda Beatz, known for his work with Travis Scott, Nicki Minaj, and Drake. Like the title track and much of the album, the song blends traditional Chinese music with contemporary pop and hip-hop. His silky vocals are always a standout and the lyrics make us feel regal. The endless confidence continues on “Eagle” and “Fly.”

Lay then serenades us on the soothing R&B track “H2O,” which is sung almost entirely in Chinese. “Soul” contains more of an atmospheric production that may sound seductive, but is actually really inspirational. “Energy, empathy, creativity, perseverance,” he sings in English. “I won’t fall, Don’t let myself down / We won’t fall, Don’t let yourself down.”

The release of the second half was preceded with the party-ready “Boom,” and it’s the summer anthem we’ve been waiting for. An homage to his hometown, “Changsha,” showcases his slick flow and bars over an addictive flute-lined instrumental. Then, the mid-tempo R&B track “Mama” comes along, which is another track to listen to when you’re in need of a confidence boost. The lyrics and smooth vibes won’t let you down.

“Call My Name” is perhaps the most romantic song on the album with exquisite production and lyrics. Then, on “Late Night,” Lay opens up about feelings of solitude, self-doubt, and insecurities that come with being a public figure. The album closes out with the emotional and retrospective “Wish.”

Through the years, Lay has gained solid experience within the Mandopop, EDM, hip-hop and K-pop genres. There’s no doubt he wants to bring more people into his multi-faceted and cross-cultural world. As he writes, produces and composes nearly all of his music, it’s a surefire guarantee that every track will always be a reflection of himself. And like himself, it’s stunning.