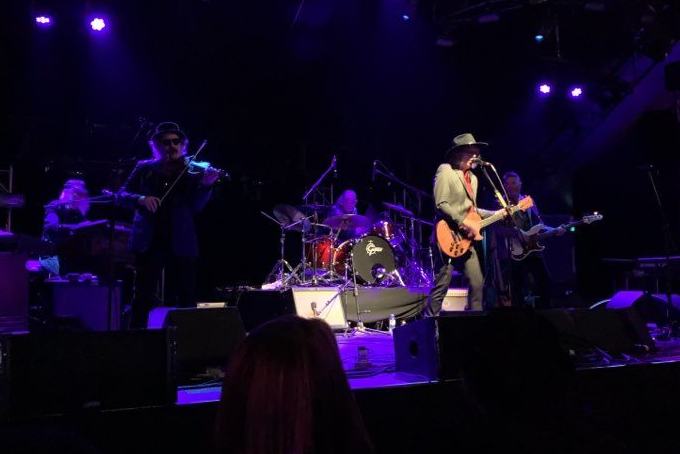 After a heavy year of touring, The Waterboys have released another single from the tracklist for their forthcoming record, Good Luck, Seeker. This will be the band’s 14th studio album, slotted to grace our eardrums on August 21. The swanky track, titled “The Soul Singer,” is the follow-up single to early June’s “My Wanderings In The Weary Land.”

A groovy track driven by horns and vocal improv, “The Soul Singer” chronicles the life and times of an eccentric musician who has been around the block and has “Experts gather wherever he goes // but what’s in his mind none of them knows.”

Mike and Karl Wallinger, resplendent in his Waterboys shirt. #ThisIsTheSea

While the lyrical subject of the song isn’t directly mentioned by name, it sounds autobiographical to the group’s founder, Mike Scott. Scott, a vivacious character in his own right, can be described in similar terms as our mystery Soul Singer — “He’s been around for fifty years” and “He’s seen it all, made every move // Dude’s got next to nothin’ left to prove // Climbed to the top, been through the wringer.”

“The Soul Singer” is the kind of track where the band shines brightest when playing it live. It also gives them the opportunity to expand their live show with a brass section. There’s a certain energy listeners receive while in a room with a band that can’t be captured in the studio. Here’s hoping we can hear the story of “The Soul Singer” live in the near future!