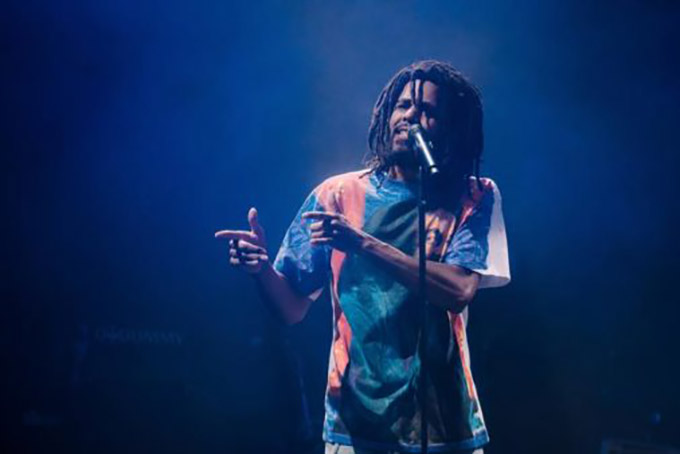 J.Cole gave fans a little taste of his upcoming album The Fall Off with his single release, “The Climb Back” and “Lion King on Ice” on July 22nd. The singles were released together as Lewis Street.

The rapper announced the two singles on Instagram , adding, “No date for the album yet, taking my time, still finishing.”

The first single, “The Climb Back,” is produced by Cole himself. Upon first listen, the opening intro leading into the beat reminds me of summertime; long drives, warm nights and cotton candy skies. Perhaps I am nostalgic for that perfect summer, or just missing 4 Your Eyez Only but the beat definitely reminds me of summer 16, and all of the great music released then.

Cole spits over this dreamy beat, talking about certain traumatic experiences in his life, including friends that were killed too soon by gun violence. He continues and talks about coping with these deaths and how it prevents him from sleeping.
Cole raps: “More death than World War II caused
Around these parts we pour the brown just to drown these thoughts
Of black corpses in county morgues, Lord, those images hauntin’
I ain’t been asleep yet, it’s ten in the mornin’.” These lyrics are especially powerful considering the political climate we are in, as more and more attention is being rightfully given to BIPOCs who are unfairly murdered by police.

The chorus talks about karma and how everything comes full circle. The repeated lyrics mentioning “painting the town red” for his friends that were “found dead too soon,” could be alluding to the Black Lives Matters protests nationwide, or they could just be a personal callout to the way Cole felt after learning of his friends’ deaths. Either way, the chorus is catchy and really makes you think. Overall, this first single has a mesmerizing beat and emotional lyrics that left me wanting more off the album.

The second single, “Lion King on Ice,” was produced by Cole again, along with T-Minus and Jetson. Cole has bars on this song, talking about his childhood and his come-up. He is reverting to his alter ego, “Young Simba,” which he uses to compare himself to the young cub from the film. The entire song is rapped from the perspective of a younger J. Cole.

Cole discusses the uncertainty he felt while trying to be successful. In the first verse he raps, “Scrapin’ up change that got left in my pockets
I’m tryna make nickels turn into a dollar.” This line is referring to financial struggles Cole faced after college. The whole verse discusses how hard-working and dedicated Cole needed to be in order to make it, and the obstacles he endured along the way.

Towards the end of the song, Cole continues to reflect how those struggles led him to where he is today, and how far he has come. This single, like the first, is very personal to Cole, but is also definitely something to jam to.

Two days prior to the release of these singles, J. Cole published an essay titled “The Audacity,” for Derek Jeter’s The Player’s Tribune. The essay covered a lot of ground, including Cole’s aspirations to play basketball in college and how the competition within rap acted as motivation for him. This essay, along with the two singles, may give us a glimpse into what the upcoming album is all about, and I am definitely going to be listening when it drops.

One thought on “J.Cole Teases New Album with “The Climb Back,” “Lion King on Ice””