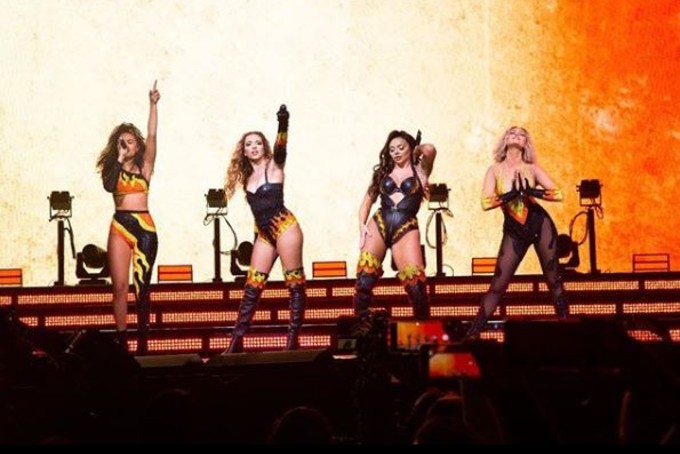 It was a pleasant surprise when Little Mix dropped their new single “Holiday” last Friday. The perfect track to blast off the blaze of summer, the song bounces back to the groovy-pop arena that drenched their 2016 record, Glory Days. Leading into their sixth studio album, which will drop later this year, “Holiday” is only a savory taste of what’s to come.

The track orbits around the same sound that earlier 2020 release, “Break Up Song,” does. Yet, where “Break Up Song” punches the ’80s card, akin to other pop stars this year, “Holiday” pulls back the reins. There isn’t an explosive sonic landscape full of modern takes on vintage synths, but it does mute the synths to a pulsating rumble as sticky guitar riffs lead the way. Reminiscent of artists like Dyo and Dagny, its sonic landscape warms the body as it goes down smooth.

“Holiday” dives deep into the initial stages of lust, when you’re wanting to be washed away with someone. Taking the title to new heights, Little Mix translates the idea into a person that makes you feel like you’re on a holiday. Jade Thirwall throws sprinkles of spice as she revs the chorus with “Can we make it all night? // We don’t stop all up on my body, babe // Touch me like a summer night, you feel like a holiday.” Being swept up in someone’s presence and energy, the saucy track feels like you’re baking in the sun on a refreshing beach, just by the brush of a hand. This is only further perpetuated by the single cover, depicting the girls as different sirens who lure men by their beauty and intoxicating voices.

The sultry single embodies everything that makes for a great Little Mix song. It’s sweet and salty, amplifying that edge that distinguishes the girl group in their scene, and it features the tongue-in-cheek lyrics they’re famous for. “Holiday” is Little Mix at their most consistent, and with enough electrifying energy, it’s a must for this sticky summer heat.