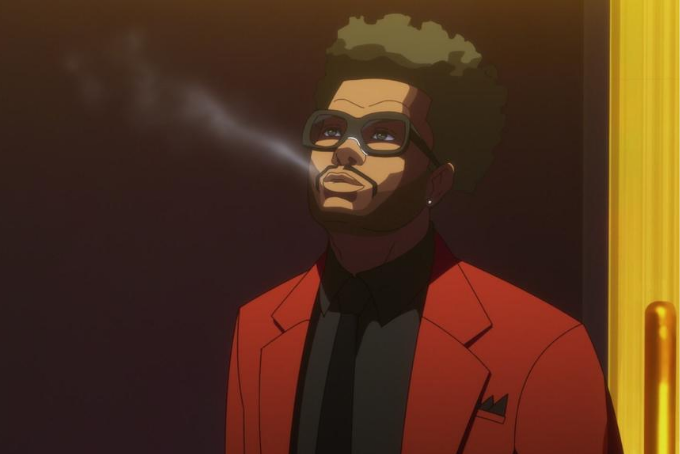 The Weeknd has cemented himself as one of the greatest artists of our generation, but his life hasn’t always been sold-out tours and movie cameos. While the Canadian superstar has been open about his chaotic past, the animated music video for his latest single, “Snowchild,” depicts his career in a modern, neon-colored light.

“I used to pray when I was sixteen // If I didn’t make it, then I’d probably make my wrist bleed,” sings Abel Tesfaye during the tune’s opening verse. It’s a shockingly honest introduction to a song with lyrics that could easily double as a diary entry. The “Blinding Lights” crooner has never shied away from his past issues, though now he’s able to compare them to a slew of new struggles.

As an accomplished artist, Tesfaye still isn’t living the dream that he imagined as a teen. “Twenty mill’ mansion, never lived in it // Zero edge pool, never dipped in it,” he sings of all the expensive material possessions he acquired, but still can’t enjoy. This is the same honesty that attracted fans in the first place, and he certainly has remained true to his brand.

The animated “Snowchild” music video is special in both content and production. The Weeknd stylishly navigates through his life in the gorgeous visuals crafted by D’ART Shtajio, the first black-owned 2D anime studio in Japan. Anime’s popularity has grown exponentially in the United States over the course of the last two decades. The fact that the medium’s first black-owned studio is behind one of The Weeknd’s most stunning videos to date is groundbreaking in its own right. Every era of Tesfaye’s career is referenced in “Snowchild,” leading up to the bloody aesthetic of his latest chart-topping album, After Hours. In true Weeknd fashion, the music video is as addictive as his lyrics and we honestly couldn’t ask for more.