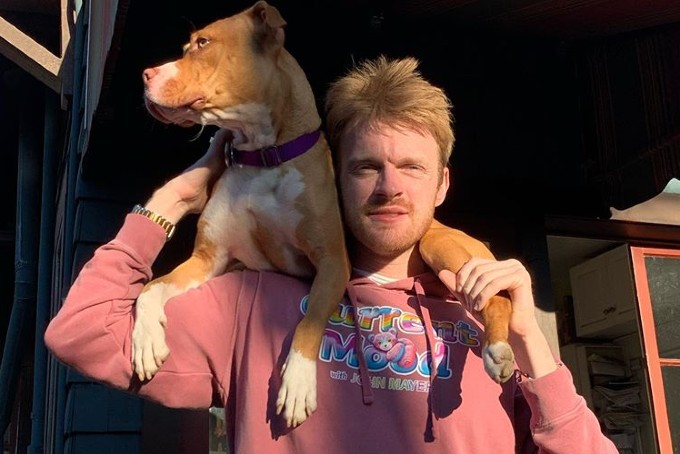 Today is a day we celebrate FINNEAS — it’s his birthday! Finneas O’Connell is known to work on many of his sister’s (Billie Eilish‘s) works. Not to be left in the shadow of her successes, he has plenty of notoriety for being one of her producers, as well as for other highly talented musicians, like Selena Gomez, Tove Lo, Camila Cabello and Halsey. The famous “Ocean Eyes,” heralded to give Billie her viral start, was actually written by Finneas when he was 17, for his high school band. Ultimately, he felt that it suited Eilish the best once she laid her vocals on top. He has really been the catalyst in her rapid success over the last few years.

He has won five Grammy Awards (2020), including Record of the Year, Song of the Year, Album of the Year, Producer of the Year, Non-Classical and the Best Engineered Album, Non-Classical for his work on Eilish’s debut album When We All Fall Asleep, Where Do We Go? In addition to the shared sibling success, we cannot forget that the 23-year-old acts as a solo artist. After releasing a few singles, he debuted his first EP, Blood Harmony, last October. His most notable track, “Let’s Fall In Love for the Night,” reached number 17 on the US Billboard Alternative Chart. He’s highly skilled and incredibly talented with a great ear for music. He’s able to bring that extra burst of life to his tunes and pays attention to the small details by emphasizing certain instruments or adding synth-pops on the right beat.

Is there anything this man can’t do? You may not have known that Finneas was the frontman and lead lyricist for his old band The Slightlys. They actually toured on Warped Tour (R.I.P.) in 2015. Also, in his teen years, he dabbled in a few different acting roles, including a recurring role in the last season of Glee.

It’s pretty clear that the man is popular and well-versed in entertainment. We should expect to see a lot more of him in the future. Someone with this kind of talent is going to be around for the long haul. Cheers to you, Finneas, hope today is a great one!