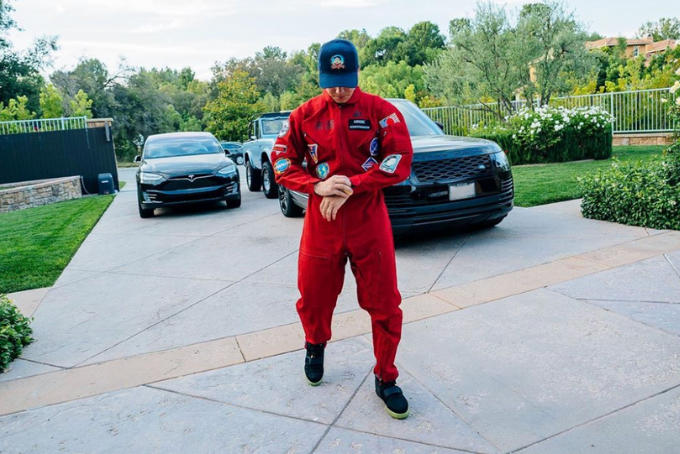 Hip Hop and Rap artist Logic has released his final album, No Pressure, before he sets off on a new journey, retirement. This album has been in the works for a while with heavy writing and composing from Logic and NO I.D. making this one of the greatest albums that he has ever released. Logic announced that he would be retiring from the business after this album to raise his son and focus on family.

Logic is known for meaningful messages and seamless transitions throughout his albums, and his sixth studio album is no different. No Pressure is easily one of the most well-rounded albums that Logic has created from start to finish, and will leave fans with an amazing remembrance of Logic (whether he makes a comeback later on or not). This album is more laid-back than his usual, but the messages behind the lyrics are just as powerful.

Thank you all so much for being part of it. I made this album from my heart as a farewell and a thank you. 🎥 @mauimarcc

As mentioned before, No Pressure is one of Logic’s most put-together, well-rounded and meaningful albums to date, but fans are taking a particular liking to lyrics scattered throughout the songs, empowering those who are less fortunate or who fall into minority categories. Logic has always been an activist when it comes to sticking to your dreams and finding a way out of hard situations, which is why fans love him. Some fan-favorite lyrics of the album include: “Growing up, the world always told me I was lesser // Growing up, the world told me I could not address her,” from “No Pressure” and “Social worker trying to take me away // But I know that group home probably worse, hell nah, no way” from “Open Mic/Aquarius III.”

Arguably, ”Hit My Line” is one of the most powerful songs on the 15-track album, and it is a desperate cry of help to god to end the suffering that is taking place both with discrimination and pain throughout the world. While Logic started this album a year ago, the messages in “Hit My Line” still ring true about the racial injustice BIPOC people continue to face today. Fans hope that this message is heard through the rapper’s lyrics, and that people begin to realize what others are facing. “Too many kids in the community outlined in chalk // Scared of drive-bys when they should just be scared of the dark // Who’s really doin’ they part? // They say they don’t want messages in rap, it ruins the art // Well, here I am, people, yeah, now tear me apart // So much happenin’ in the world, I can’t touch on every topic // I know // You hear it in my voice, make the devil stop it // Too many people dyin’ and baby mamas cryin’ // It’s been a long time, God, can You hit my line?”

Every track on this album is special in some way or another and with it being the final hurrah for Logic, it is one of the most relatable to fans in more ways than one. Not to mention, the album is in true Logic fashion that was heard early on in his career and followed him until the very last second making his music unique and identifiable to fans.

No Pressure ties a lot of loose ends together playing off of other songs and albums that Logic has previously released. It is also the follow-up to his 2014 album, Under Pressure, and created the perfect final ending to his career. No Pressure is Logic’s’ final thank you to fans, and is a homage to never change who you are and that it is OK to be unapologetically yourself.