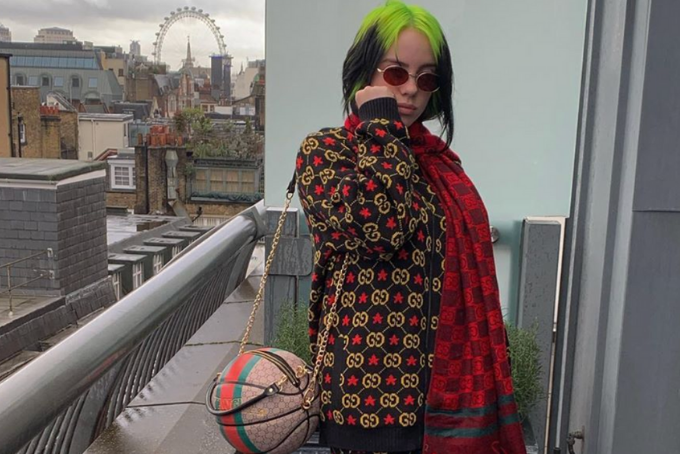 Hot off the tails of a record-breaking year, Billie Eilish has released a new song titled “My Future.” It’s a stand-alone drop, with no album announcement and no connection to any projects, but it’s the perfect song to release on its own, as it speaks to Billie’s current state of mind.

After sweeping the 2020 Grammy Awards for her debut album and then canceling her tour due to the COVID-19 pandemic, there’s no question that any 18-year-old would be overwhelmed. But, in “My Future,” Billie assures us she’s taking this time to focus on herself and is optimistic about the future.

The track starts stripped down, focusing on and isolating Billie’s beautiful vocals. The tone is extremely melancholic and the weight of her words is clear. It sets the scene: Billie leaving someone (or something) toxic and starting a new chapter.

“my future” OUT THURSDAY 4PM PT

When the first chorus begins, Billie’s vocals are absolutely hypnotizing as she sings about being in love with her future and not a person. You can tell how important this mindset is to her through the passion in her words. After the chorus, the beat picks up and the mood shifts completely. The first half of the song feels serious because of the minimal production. But, when the mid-tempo beat kicks in, it feels light and free. There’s also a clear jazz influence in this track, and Billie’s vocals work perfectly with the smooth sound.

The most compelling lyric in the song, although there are many, is in the second verse when Billie sings, “Know I’m supposed to be unhappy // Without someone (someone) // But aren’t I someone? (Aren’t I someone? Yeah)” Billie is only 18 years old, and her fanbase is even younger. Loving and valuing yourself is such a beautiful mindset to teach her young (and old!) listeners. The song is all about remembering that self-love has as much, if not more, importance as romantic love.

During such a tumultuous time, Billie Eilish’s “My Future” is a beacon of light. It can be intimidating to continue releasing music after such a successful debut era, but it’s clear that Billie is focused on happiness and releasing music that uplifts others. Not only is the message incredible for anyone who listens, but the song is beautiful as well. With such a bright future ahead of her, it’s impossible to not be in love.