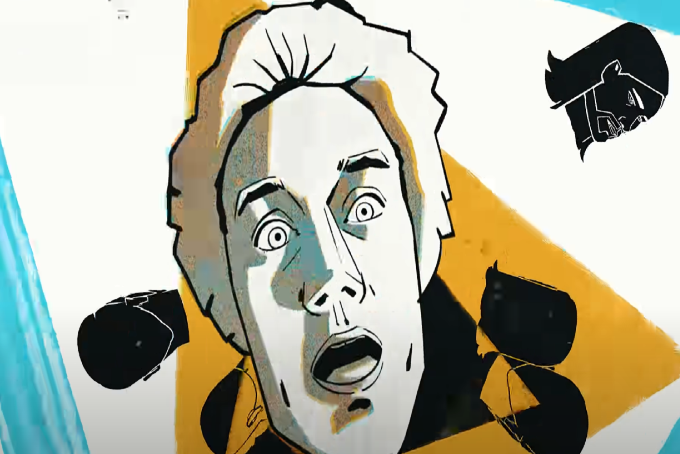 Since releasing and touring in support of their timely, apocalyptic third album, Doom Days, back in 2019, Bastille have been taking a break and enjoying the time off. That was until the world got flipped upside down. The British four-piece are back with a new single to get us through the chaos, and they enlisted the help of a new collaborator, Graham Coxon, lead guitarist of Blur.

“What You Gonna Do???” takes Bastille in a bold, new direction. Whereas Doom Days was heavy on electronics and didn’t feature much live band instrumentals, the new single is a burst of pure rock-band energy. The influence of Graham Coxon’s style is immediately prevalent, with rhythmic lead guitar, pounding drums and an explosive, declarative chorus. The track could have easily belonged amongst early 2000s British indie-rock.

The one thing that hasn’t changed, however, is the group’s focus on thought-provoking and existential lyrics. “Johnny’s on the A-train // Takin’ it the wrong way // Shiny on the surface // Rotten on the inside,” lead singer Dan Smith observes, while dragging out each line, giving a droning effect. The song explores how social media bombards us with so much information and how often what we see online is far from the truth. “You got control, got my attention // Make me tap and scroll,” Smith declares in the chorus, followed by conflicting demands to “Make me paranoid // Love me, hate me, fill the void.”

In a newsletter announcing the release of the single, the band had this to say about the song’s message: “The song tells a few little stories that all center around how weird it is to have everybody and everything fighting for our attention, our eyes and ears, all the time. It’s a challenge to those people to offer something a bit better, funnier, and more worthwhile once they’ve got us listening.”

Check out the trippy music video for “What You Gonna Do???” below!