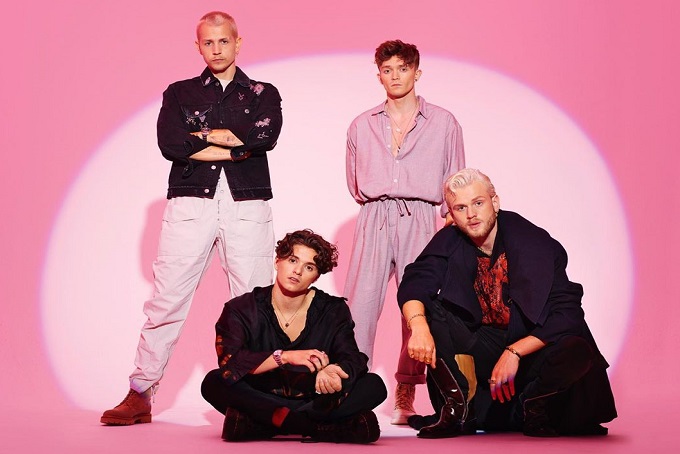 On July 31, British band The Vamps unveiled their new single “Married in Vegas,” along with a music video. The song will be featured in their upcoming album, Cherry Blossom, which is set to release on October 16 and will be the band’s first record since 2018’s Night & Day (Day Edition).

In an interview with Hunger Magazine, lead singer Brad Simpson said that Cherry Blossom “feels like this is our first album and I’m not sure why.” Judging by the first single, we can say that it probably feels like their first album because “Married in Vegas” is very different from anything they’ve put out. The Vamps have matured as musicians, ever since they rose to fame in 2012. They have produced several songs off their last three albums and their Missing You EP. In “Married in Vegas,” it’s clear that the band has been experimenting with new sounds, but they’ve still kept their essence.

Originally, “Married in Vegas” was not part of Cherry Blossom. Simpson explained that “on the day we handed the album in I went on a Zoom call with LOSTBOY. We had a few beers and then four hours later ‘Married in Vegas’ was birthed.” Moreover, guitarist James McVey says he was “playing Playstation with my mates and it was about 11pm… Then Brad FaceTimed me and he was like ‘I’ve just written this song!’ I love moments like that because even when you think something’s done it can still change at the last minute.”

The interlude of the song includes the lyric “all these things that I’ve done,” which is a direct nod to The Killers‘ 2004 single of the same name. The Killers formed in Las Vegas in 2001, so the reference feels like a tribute to them. The Vamps’ admiration for The Killers is not something unknown, since they released a cover of “Mr. Brightside” back in 2013.

Overall, the catchy lyrics of “Married in Vegas” make it a distinctive The Vamps song, but its new sound is a step toward a new version of the band. Here at Soundigest, we’re more than excited to listen to Cherry Blossom in its entirety. You can watch the music video for “Married in Vegas” below, and remember, you can pre-order the album on the band’s official website.