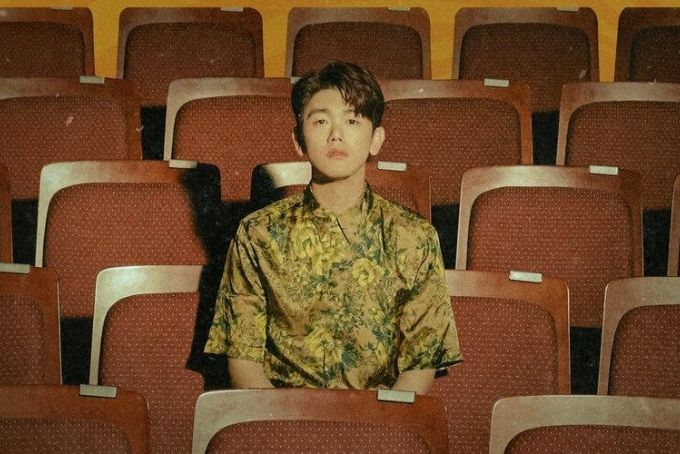 Many projects have been born out of quarantine so far and Eric Nam has been working to bring us new music. The Korean-American singer-songwriter has now released his The Other Side EP, along with the title track, “Paradise.” It’s been eight months since his last album and now he’s dropped five more tracks to help us through these uncertain times.

“Paradise” is an uplifting, synth-pop jam that you’ll want to get lost in. Although it might seem like you’re in paradise now, Eric acknowledges a lot of that stems from pain, difficult times and loneliness. The accompanying music video is a trippy one, up for interpretation. We see Eric living a mundane life, but suddenly coming across an infomercial for a magical device — a switch that seemingly transforms you into the best version of yourself. It might seem like a worthwhile and spontaneous decision, but it’s so much deeper than that. Day6‘s Young K has writing credits on “Paradise,” as well as “Trouble With You” and “How You Been.”

The upbeat opener “Trouble With You” is another one to listen to while on your socially-distant summer road trip. It has us wanting to experience all the times with the ones we like, and we’re yearning for that feeling once more.

On “How You Been,” the singer has stated that he wrote the song during peak quarantine, and has noted the technical difficulties that arose. From that experience, Eric lyrically pictures a world in which none of this had ever happened and people are actually able to see each other. It’s cathartic, to say the least.

“Down For You” is a feel-good, dance-pop love track that basically has us down to do anything.

Lastly, he closes out with the Korean version of his previous title track, “Live Die Young.” No matter what language, this song always gets us in the feels.

The K-pop star gives us an eclectic album that’s full of summertime bops, but may have you feeling a bit emotional, too. We honestly love the variety and can’t wait to meet him on the other side (when this is all over, of course).

Listen to Eric’s The Other Side EP now: