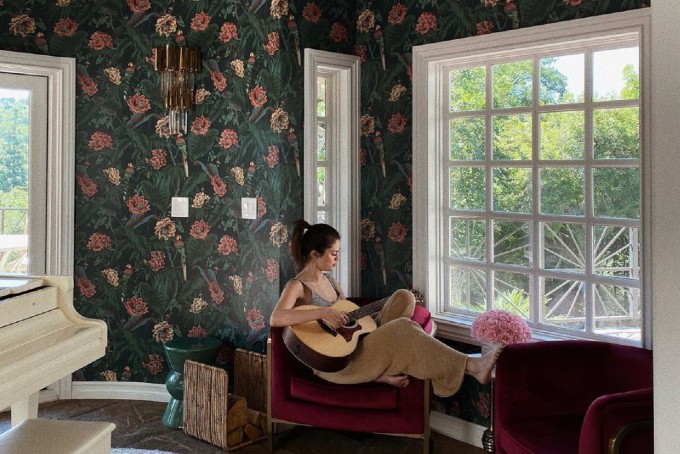 Selena Gomez will be returning to our television screens soon!

The exciting news was announced last Friday, August 7, that the multitalented actress, singer and producer is set to star in a new Hulu series. The comedy series, Only Murders in the Building, will also star Steve Martin and Martin Short. The premise is based on an idea by Martin, who also co-created the series and wrote it alongside John Hoffman. The show follows three strangers (Martin, Short and Gomez) who share an obsession with true crime and suddenly find themselves wrapped up in one.

Dan Fogelman and Jess Rosenthal, the creators of This is Us, are also working on the show alongside Martin and Hoffman.

Not only is Gomez starring in the show, but she is also its executive producer. This marks her fourth series after Netflix’s Thirteen Reasons Why, the Netflix documentary series, Living Undocumented, and the new HBOMax exclusive show, Selena + Chef, that she is serving as an executive producer.

The “Lose You To Love Me” singer is also starring in the television series exclusive to HBOMax called Selena + Chef. The premise is that several different chefs teach Gomez how to cook specific dishes. The show was filmed entirely during the COVID-19 pandemic, meaning that the chefs cooked in their own homes and virtually communicated with the starlet. Gomez is also an executive producer for this show and it is set to premiere this Friday, August 13.

me trying to be a graceful cook.. my cooking show is streaming 8/13 on @hbomax @maxpop

These two television shows mark the actress’ first television series since Disney’s Wizards of Waverly Place, which made Gomez a household name. She went on to star in many movies, such as Spring Breakers, The Fundamentals of Caring, Getaway, Monte Carlo and The Dead Don’t Die. She has also had an extremely successful music career; her latest album, Rare, was released in January and went No. 1 on Billboard. The lead single, “Lose You To Love Me,” was her first song to go No. 1 on Billboard as well.