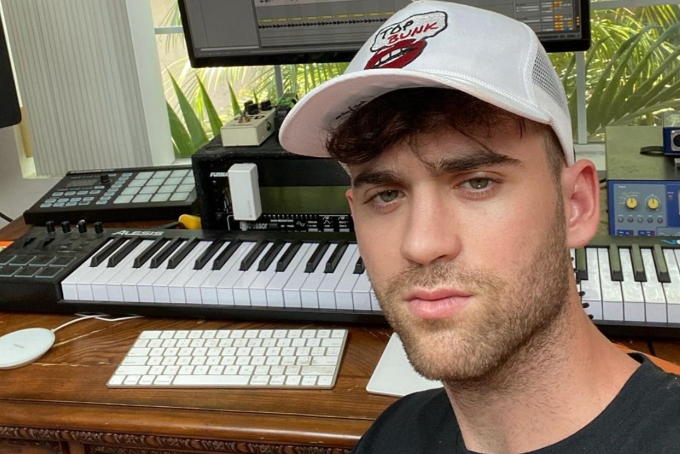 Alexander 23 has been on our radars since the release of his infectious debut single “Dirty AF1s” in 2019. A year after his noteworthy introduction, the Chicago native received the social media stamp of approval by going viral on TikTok with his spring single “IDK You Yet,” which has accumulated nearly 100 million streams worldwide. Alexander is making the most of his rising star status, dropping one irresistible track after another, and “Caught in the Middle” is the latest in a string of catchy 2020 releases we can’t get enough of.

CAUGHT IN THE MIDDLE VIDEO OUT NOW GO WATCH IT

“Caught in the Middle” bears a nostalgic sound reminiscent of music you’d hear in an early 2000s romantic comedy. Despite its upbeat production, the lyrics reference a relationship gone wrong where Alexander goes so far as to question if his ex-lover’s dog thinks he’s dead. “‘Caught in the Middle’ is about the uncomfortable familiarity I have with someone I was once in a relationship with,” revealed the Los Angeles-based musician. “It’s strange to know someone’s deepest, darkest secrets, but not be up to date on their daily setbacks and triumphs—to truly be in between ‘lovers’ and ‘strangers.’”

With the directorial expertise of Kee Hwang — who has previously worked with artists like Camila Cabello and Miguel — the music video for “Caught in the Middle” mirrors the track’s old-school aesthetic while also depicting the wistfulness of the singer’s break-up. With a disco ball hanging from the ceiling and a slew of creepy mannequins lingering about, Alexander goes through the motions in a way that’s all too familiar for anyone who’s experienced heartbreak. After all, it’s painstakingly hard to consider someone a stranger again after sharing so much of your life with them.