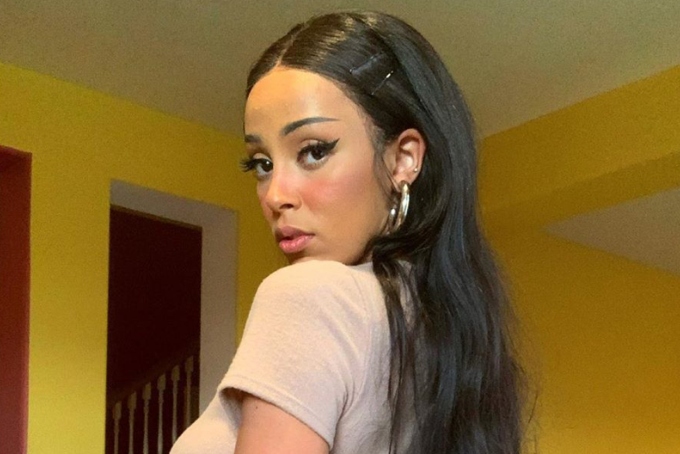 Doja Cat has finally released her well-known song, “Freak!” The viral superstar surprised fans with the track’s release after notifying them in June about its official release. And after teasing fans that she was “working on new surprise,” she dropped her popular song the next day as an official single. And yes, both the clean and explicit versions are available on Youtube, Spotify and iTunes now.

Doja’s been successful in the music scene for a while now. She dropped her first single, “Mooo!,” on Soundcloud in November 2018. With it’s catchy tune, the song slowly gained popularity on TikTok. Her song has been used in over 1.2 million videos over this social media platform, which had a huge contribution to its success. Ever since, her fans have been begging for an official release on her Instagram Lives. In late June, she teased “Freak” and some other songs, stating that they would be part of an upcoming project. Fans were surprised when she gave them a one day heads up about “Freak!,” and with her past success, the track was not shy to reach the iTunes charts peaking at number 22.

In the track, Doja also sampled the famous Paul Anka song, “Put Your Head on My Shoulders.” Using it as the main instrumental, Doja Cat unleashes her inner freak and sexual desires. She makes some notable pop culture references, like when she mentions the Spice Girls and also the hit song “Milkshake” by Kelis.

Doja’s success in 2020 with her album Hot Pink and viral single “Say So” is playing a big part in keeping us on our toes to see what she’s going to come up with next. Listen to Doja Cat’s official song, “Freak,” on Youtube, Spotify or iTunes, or down below.