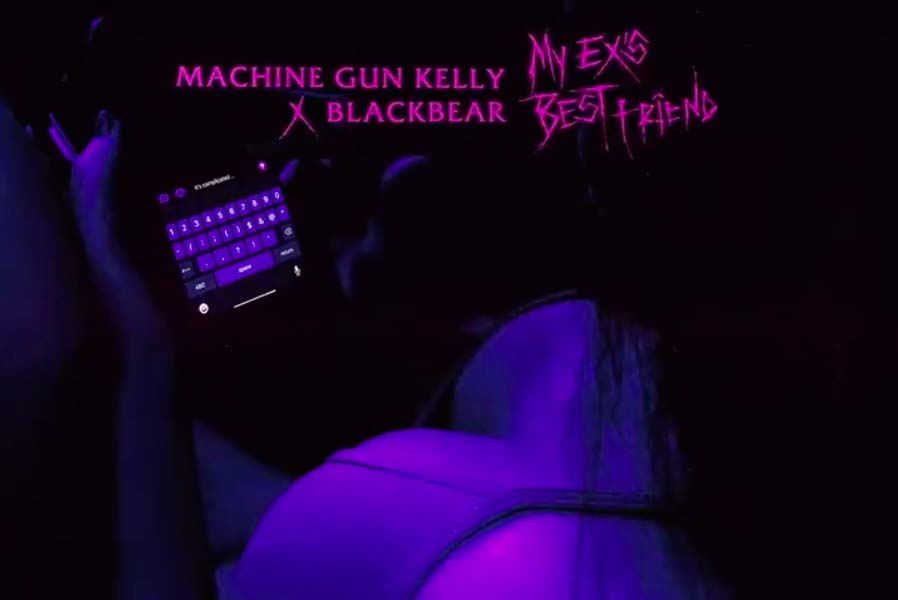 Machine Gun Kelly has released another song off of his upcoming pop punk album “Tickets to My Downfall” featuring past collaborator Blackbear. This track isn’t the first time the two artist have teamed up together. Over the past few years, Blackbear has featured on MGK’s “End Of The Road” from his debut album Lace Up, and MGK hopped on blackbears song “e.z.” from his 2017 album, cybersex. In their latest collaboration, “My Ex’s Best Friend,” the duo find themselves rebounding from a relationship with their ex girlfriend’s best friend.

“My Ex’s Best Friend” is the third track Machine Gun Kelly has released from his upcoming album, which is being executive produced by Travis Barker. The song follows up past releases “Bloody Valentine” and “Concert For Aliens” and is definitely the most pop driven out of the three tracks we’ve heard so far. MGK opens up the song with the lyric, “You know my ex, so that makes it all feel complicated,” but the complications aren’t that much of an issue moving into the catchy chorus. “I swear to God, I never fall in love,” he sings. “Then you showed up and I can’t get enough of it”.

This song is extremely catchy and we’re already waiting for the next time MGK and Blackbear collaborate. Machine Gun Kelly has announced that his highly anticipated new album, Tickets To My Downfall, will finally be released on September 25 and we can’t wait to hear what else the artist has in store. in the meantime, you can check out the lyric video for “My Ex’s Best Friend” with Blackbear down below!