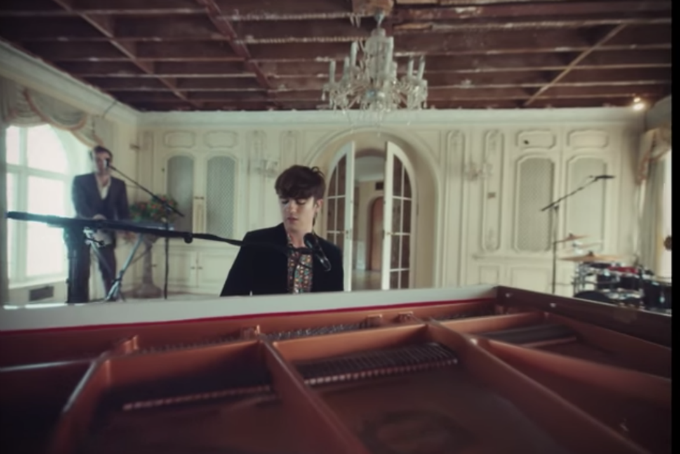 2020 was not ready for the energy Declan McKenna is bringing to the indie rock scene. After his mid-2010s breakout hit, “Brazil,” we were all wondering what he would do next. Although his shift in style may be less indie and more glam, we are here for it. The U.K. singer, heavily inspired by David Bowie and early Elton John, is here to make waves. His latest single, “Be an Astronaut” is epic, to say the least. Undoubtedly, the glam-rock power ballad is beautiful in every sense of the word.

Declan tells the story of Daniel in “Be an Astronaut.” This character appears in other singles that will be part of Declan’s second LP, Zeros. In “Be an Astronaut,” Daniel and the storyteller seem to be dealing with the struggles of fitting in to societal norms. Daniel was born to do great things or die trying. McKenna has a unique way of storytelling and tends to address often political topics. Nevertheless, that is what makes him stand out. The song is beautifully written and we can’t wait to hear where it fits into the context of the album.

📸 by Jeff Hahn for @thetimes

Obviously, we have to talk about the instrumentation behind this track. “Be an Astronaut” hits us from note one with some lovely piano chords. The song slowly builds throughout. It ends with bombastic drums and guitars giving us major Queen vibes. Maybe this is Declan’s “Rocket Man,” although it might be too soon to tell. Either way, we will continue to feed off this energy for the rest of 2020.

To say Declan McKenna has a gift is an understatement. He is bringing back glam rock. However, he is putting on his own twist, incorporating today’s social commentary, production and his own personality into the tune. When it’s safe to have shows again, there is no doubt that the entire Zeros album will bring the energy. Though there have been many delays, it looks like we will finally have the whole epic story in September. We can’t wait to be taken to space on this magical journey.