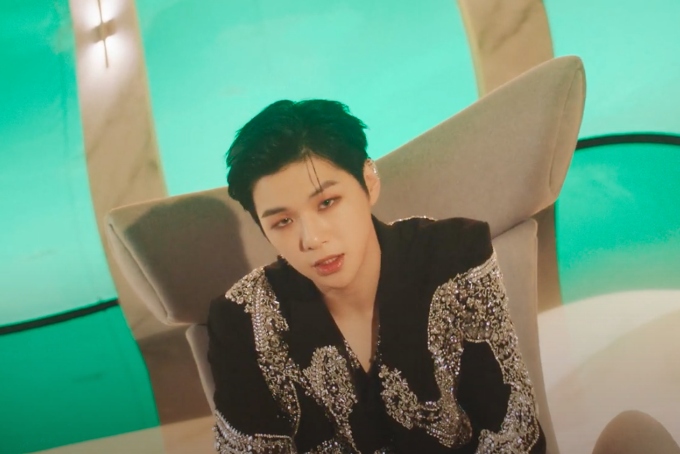 Kang Daniel is back with the second installment of his color series project and has released his Magenta EP. The first project Cyan contained more breezy, getting-ready-for-summer tracks, but with Magenta, the season is now in full swing. Magenta contains a lot more impactful and high-energy tracks that are sure to bring the heat to any summer party.

The title track “Who U Are” is electrifying and seductive. “I want this strange feeling // My burning heart // When our two eyes meet // I’m gonna blow your mind,” he sings. He switches between vocals to rap which makes things even more appealing. The corresponding music video is bold and Daniel is able to share his confession in a fiery and raw setting along with powerful dance scenes.

Magenta contains six total tracks, most of which were co-written by Daniel. The opening track, “Flash,” can be seen as a reflection of his career and journey so far. “Don’t slow me down when I wanna speed up // I’m going way too fast,” he sings. Although he’s still 23, he’s certainly been through a lot and we feel it wholeheartedly through his lyrics.

The pre-released “Waves” features Jamie and rapper Simon Dominic. It’s another dance-heavy banger as the artists’ playful verses complement each other very well. “You better come // While I chew on this gum // Wasabi told me to spice it up,” Jamie raps. The song might be hot, but the music video is the ultimate cool-down effect. We see Daniel dancing on water resulting in waves and splashes everywhere.

“Runaway” features rapper Yumdda and is a fun, reggae-influenced summer love song that you’ll want to listen to driving with the windows down. The fun doesn’t stop with “Movie,” which features soulful singer-songwriter Dvwn. The cinematic-themed lyrics along with the sweet vocals from both singers is a match-made in heaven.

The EP closes out with the sweet and soothing “Night.” With a new and colorful project, Kang Daniel has proven that he’s a versatile artist with so much more to showcase. We’re excited to see what color will represent him next!