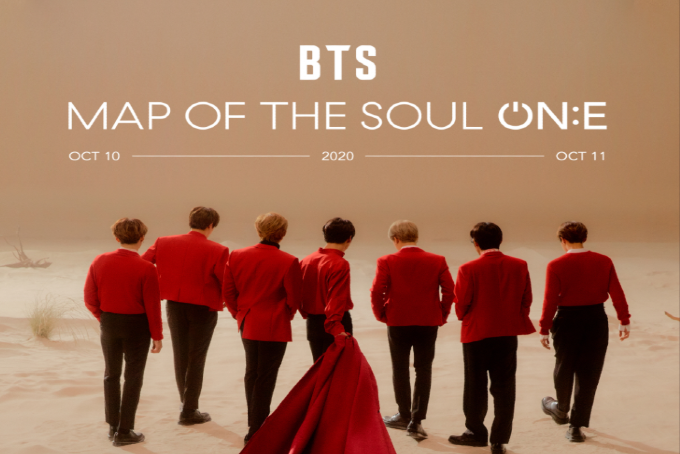 On August 13, BTS announced that they will be performing both an online and offline concert later this year. The concert, titled MAP OF THE SOUL ON:E, will be held on October 10 and 11.

The announcement was made during Big Hit Entertainment‘s corporate briefing,

The “offline” performance will have limited seating available in accordance with the South Korean government’s COVID-19 social distancing guidelines. The concert will be available for simultaneous streaming. Details on when and how to purchase tickets for the offline concert have yet to be announced.

This concert will be the group’s first in-person performance since having to postpone their Map of the Soul World Tour back in April. Big Hit has yet to announce any tentative dates for the postponed tour.

The performance will most likely feature the live premiere of BTS’ upcoming single “Dynamite,” due for release on August 21. The song will be BTS’ first release to be completely in English. During the corporate briefing, Big Hit chairman Bang Si-Hyuk asked fans to look forward to the release of the new single.

Despite having to postpone BTS’s tour, Big Hit Entertainment has been weathering the pandemic fairly well, owing much to successful album and music sales, as well as online concerts. The company also recently acquired Pledis Entertainment, adding groups NU’EST and SEVENTEEN to their roster.

Combined sales of all fives of Big Hit’s groups accounted for 40 percent of album sales in the Top 100 of Gaon’s albums chart.

Along with the concert announcement, chairman Bang also stated that BTS’s new album is expected to drop at some point during the fourth quarter of this year.