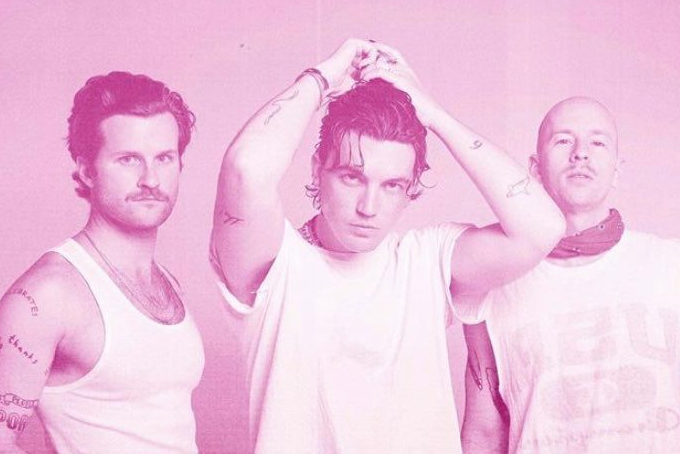 Just days after officially announcing their third record, Californian synth-rock trendsetters LANY dropped a blissful third single off Mama’s Boy, which is set to bless our eardrums October 2. Co-written with Sasha Sloan, “you!” in signature LANY fashion, paints an evocative picture of a romantic union being born from a hard time, eventually blooming into an eudaemonic relationship. Uncharacteristic for Sloan and LANY, “you!” is infectiously cheerful.

The song is comprised of susurrate synths swaddled in a gospel-esque haze, hefty drums and snappy guitar. Frontman Paul Klein sings of the new person in his life, who “Like an angel in a nightmare // Opened up [his] eyes,” going on to discover she’s “the one [he] needed this whole time.” The track is chill and positive in tone, and follows classic LANY vibes of reflection on a warm summer evening. It also features backing vocals from a choir — a nice touch that adds sonic depth down the stretch of the track.

LANY delivers hard on the track with noted phantom, nostalgic warmth. It makes you think of something that may not have even happened to you. The track is fit for the closing stages of a teen coming-of-age romance film, fading in just as the couple meets their destiny of togetherness.

With multiple mentions of the moon as an homage to their highly-acclaimed sophomore record, 2018’s Malibu Nights, LANY also signals that their “moon” era is in the rearview mirror, saying, “You’re the sun to the moon.”

In mid-July, the band’s Instagram featured a photo of a desert scene with a setting sun, which is the setting of the music video for “you!”

This is the flavour of song LANY’s live shows thrive on: atmospheric with a blast of soothingly calm tones. A fine experience on the ears, indeed.