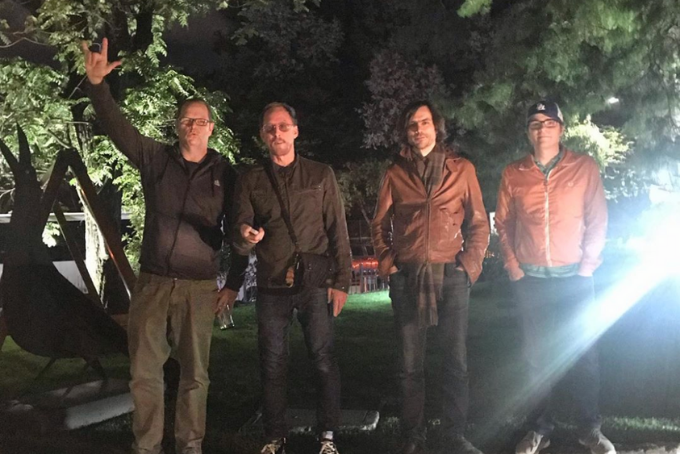 Whoa. Weezer wrote a song for Bill and Ted 3: Face the Music?

While they’re no Wyld Stallyns, Weezer is a pretty OK band. They’re not going to save the world or anything, but they are, indeed, pretty famous.

Their latest single, “Beginning of the End,” is pretty standard Weezer fare. It’s catchy pop-rock, generally inoffensive, and will likely be played on both “rock” and “pop” radio stations alike for weeks and weeks on end until it’s drilled into your head. But here’s the thing: you’re not going to mind that it’s been drilled into your head at all.

It’s a catchy song. The kind of song that you find yourself scoffing at upon first listen, and then slowly but surely, obsessively humming, until you’re actively listening to it. It’s definitely a “guilty pleasure” kind of song — not one that you’d ever enthusiastically admit to liking, but one that you definitely would have on more than one playlist.

Party on dudes, the video for "Beginning Of The End (Wyld Stallyns Edit)” from @billandted3 is up on youtube.com/weezer

If there’s one thing that Weezer has become excellent at — and especially Rivers Cuomo is excellent at — it’s writing crowd-pleasing songs. We have to give credit where credit is due, and “Beginning of the End” really does feel like it’ll enter the pantheon of Weezer songs that everyone knows, just like “Buddy Holly,” “Sweater Song,” “Island in the Sun,” “Beverly Hills,” and well, you get the point. They’ve had a lot of hits.

Sure, hardcore Weezer fans will probably have a bone to pick with this song — and words like “sellout” will be thrown around, but ultimately, “Beginning of the End” is actually a good song. And anyway, anyone who’s still really that upset that Weezer doesn’t sound like Pinkerton anymore is probably someone who just likes to find things to complain about.

So, while Weezer’s best movie song will always be “Susanne” (yes, from Mallrats, ups to Kevin Smith!), “Beginning of the End” is definitely a very close, very excellent second.