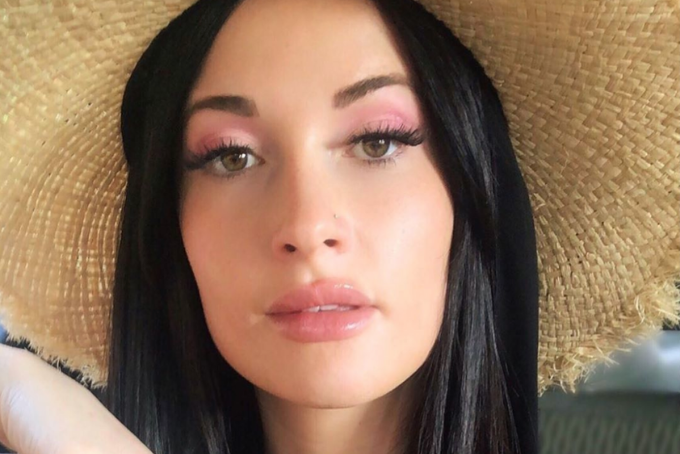 Within the past decade, country star Kacey Musgraves has made her mark on the music industry, proving that she holds nothing back while crafting a genuine image of herself. The Texas native holds the reputation of an outlier within the country music scene, from her ability to blend multiple genres, to unveiling her critiques around small-town traditions, to being an advocate for social justice. With her modern branding and inclusive message, Musgraves has found bountiful success in her career with six Grammy awards and nine Grammy nominations to date. Her most significant triumph includes winning Album of The Year at the 2019 Grammy Awards with her fourth studio album Golden Hour.

Perhaps the most intriguing quality of Musgraves is her musical versatility and welcoming nature. The singer-songwriter aims to step outside the industry expectations to create inclusive music for anyone to listen to. When asked about her signature style, she claims, “Undeniably, I’m a country singer; I’m a country songwriter. But I feel like I make country music for people who like country music and for people who don’t.” Musgraves’ statement rings true as she has bridged the gap between country music fans and those who claim they’re into “anything but country.”

Since the beginning of her career, Musgraves has remained outspoken on controversial topics, such as gender norms, religion, drug use, marriage and sexuality. The singer found a major breakthrough in 2013 with her debut studio album Same Trailer Different Park, winning both Grammy awards for Best Country Song for “Merry Go Round” and Best Country Album.

“Merry Go Round” in particular challenges the southern small-town traditions that Musgraves was raised under. Her lyrics debunk the over-romanticized ideals of faith, devotion and the perfect family as she sings, “And it don’t matter if you don’t believe // Come Sunday morning, you best be there // In the front row, like you’re s’posed to.” She touches on the consequences of conforming to the local norms in her chorus: “Mamas hooked on Mary Kay // Brothers hooked on Mary Jane // And daddy’s hooked on Mary two doors down // Mary, Mary quite contrary // We get bored so we get married // And just like dust we settle in this town.”

“Follow Your Arrow” stands as another breakout track from Same Trailer Different Park, in which the singer preaches total acceptance of oneself. Her most notable lyrics include “Make lots of noise (hey) // And kiss lots of boys (yeah) // Or kiss lots of girls //If that’s something you’re into // When the straight and narrow // Gets a little too straight //Roll up the joint (or don’t).” She encourages fans to “just follow your arrow, wherever it points.”

Keeping her music cohesive, Musgraves continues to shed light on controversial topics as she progresses in her career. In 2015, she released her second studio album, Pageant Material, and dove headfirst into exploring the double standards women endure in society. On this album, she comes to terms with the fact that she will never be “pageant material,” as someone who (comically) admits, “I’m always higher than my hair.”

With her greatest piece of work to date, Golden Hour reached far beyond fans of country. The album is known to be a “gateway” leading new fans into appreciating the style and aesthetic of country music. Musgraves expands on the impact of her music in an interview with Refinery29. She shared, “I feel like I’m not really doing anything different. I’m just carrying the tradition on. We would never forge ahead in any artistic or creative way if everyone were scared to push boundaries.”

Notable genre-blending Golden Hour tracks include the universal opening “Slow Burn;” the 70s disco-inspired “High Horse;” the first track she ever wrote for the album, “Oh, What A World;” and the soft closer, “Rainbow.” Musgraves believes that on this album, she has shared the most personal aspects of her life with the world, including her experiences with psychedelics.

She shared in an Apple Music interview with Zane Lowe that the substance helped her spark creativity and “feel closer to humanity” while writing the album. In “Oh, What A World” she also referenced her thoughts on holistic alternatives in the first verse: “Northern lights in our skies //Plants that grow and open your mind,” and claims that “These are real things.”

Although Musgraves has remained open about her experiences with substance and her craft, she clarifies that she does not advocate for usage. She simply stated that “it worked for me in a positive, creative way” but is by no means a vital part of her songwriting process. However, her experiences under the influence have definitely influenced the way she chose to visually present this record (such as her trippy official video for “Oh, What A World”). In summary, the country star has paved a way for a new relaxed sub-genre that is hippy-country.

Although Musgraves claims she operates like the rest of country artists, she carries herself with grace and vulnerability. As mentioned, Musgraves is known as a modern social activist, sharing her thoughts on gun control and publically supporting the LGBTQ+ community as an ally. Although speaking on these topics may be a bit taboo within the country genre, Musgraves chooses not to conform to the industry’s expectation and has ultimately accepted her differences. Bluntly, Kacey Musgraves brings to the table what many other artists in country music lack — originality. She shares that her ultimate goal for her music is to create a space where “futurism meets traditionalism.” With all of the success earned as a 32-year-old, we have no doubt that Musgraves’ striking legacy will live far beyond her own time.