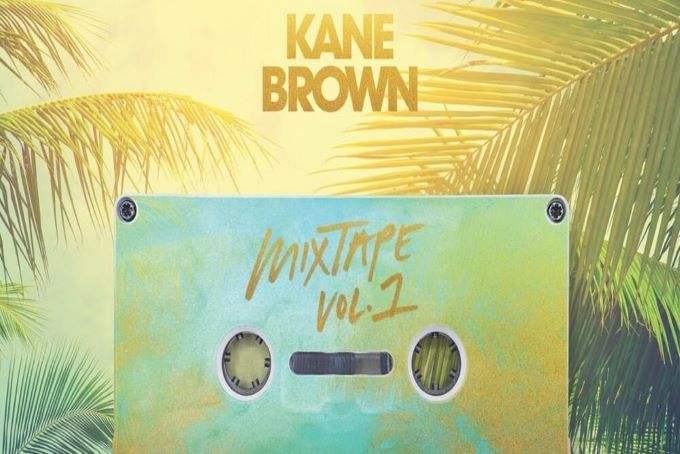 Country star Kane Brown has released his latest music adventure, Mixtape Vol. 1. This EP is Kane Brown’s new take on the classic idea, bringing different blends of music together for an amazing listening experience. Mixtape Vol. 1 contains different styles of music, as well as collaborations with different artists, making it special for Brown. He has really been able to hunker down during this time and create new music as well as spend time with his wife and daughter!

Mixtape Vol. 1 contains seven tracks, four of which became popular over the course of the year, and three that fans are excited about. The four that were previously released are “Cool Again,” “Be Like That—” featuring Swae Lee and Khalid — “Last Time I Say Sorry” performed by Brown and John Legend and “Worldwide Beautiful,” which was released after the death of George Floyd.

Fans are further enjoying two of the three previously unheard songs, “Worship You” and “BFE.” “BFE” takes fans back to their country roots while Brown sings about growing up in the country and all of the things that that entails. “Worship You” is a song that is all about worshiping your significant other and trying to give them the world because they are everything that you need.

Mixtape Vol. 1 is definitely worth the listen as Brown mixes fun and serious topics throughout the project. It is his first EP release since 2016 and is his most recent project since the release of Experiment in 2018, so it is no wonder that fans were excited for the entire release of the EP.

One song that fans do have to look forward to is a collaboration with his wife Katelyn, titled “Mad at This World,” but we still don’t have an expected date for its release. Meanwhile, fans can jam to Brown’s version of a mixtape and enjoy the fun and emotion that is intertwined in each song.