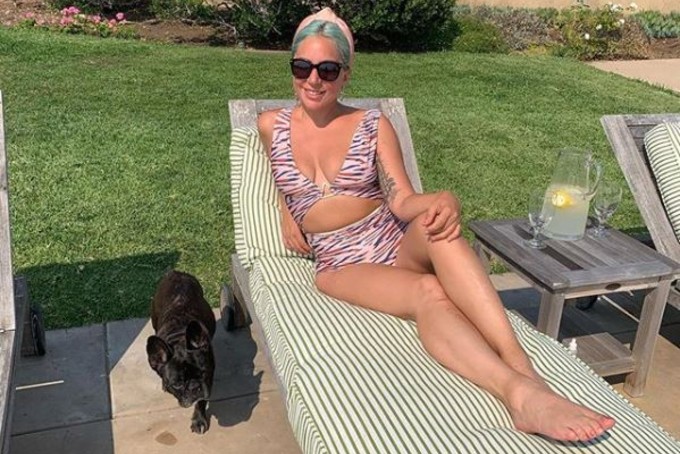 In a world stricken by pandemic, Lady Gaga‘s VMA performance prep looks a little different than it normally would. The pop star took to her Instagram page on Thursday, August 20 to give everyone a glimpse into how she’s prepping for the VMAs, which is only six days away (Sunday, August 30).

In the clip, she’s shown lying face down while wearing a neon yellow t-shirt with the words of her latest album, Chromatica, written across it. She’s also sporting a pink mask with huge bunny ears attached. The text of the video flashes across the screen with the phrase, “Dreaming of Reality,” before she promptly lets out a muffled scream into the pillow.

Gaga captions the entertaining post with, “When you want to be on stage performing for your fans but there’s a super-virus,” which is cut short by another screen stating, “Stay Tuned.” The video ends by displaying the star lounging in the pool on a mega unicorn floatie while wearing an eccentric outfit (per her brand) involving a veiled headpiece and parasol.

Earlier last week, Ariana Grande spilled the beans that she and Gaga will be performing together for their hit collaboration “Rain On Me.” This will be the first time the duo will be playing the single live while also proving to be the first time Gaga has stepped foot on the VMAs stage as a performer in half a decade. The last time she dominated the stage was when she was taking over the charts with her 2013 album Artpop by performing its hit single “Applause.”

More than just a powerhouse collab, both Lady Gaga and Ariana Grande have overwhelmed the nominations list with nine nods each. Seven of those nine are in regards to “Rain on Me” and its brilliant music video.

The 2020 MTV Video Music Awards will be taking place on Sunday, August 30 at Brooklyn’s Barclays Center. It will be one of the first awards shows to enact a socially-distanced environment. Get ready for the big night while watching Lady Gaga’s amusing VMA performance prep below.