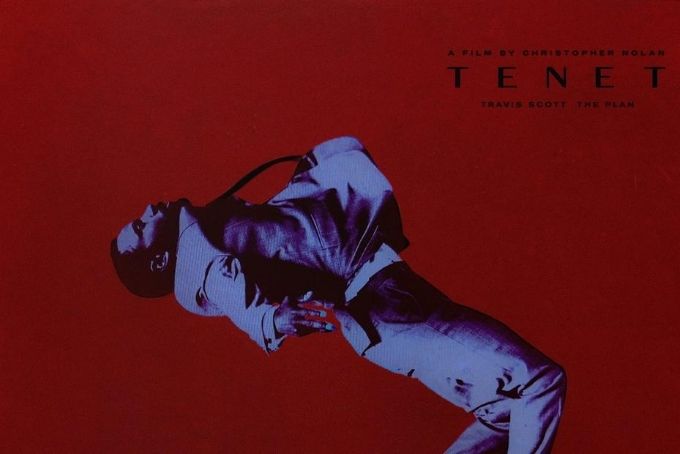 Travis Scott released a new single on August 22, “The Plan,” which will be featured in Christopher Nolan‘s upcoming film, Tenet.

Although the release of Tenet has been delayed due to COVID-19, music from the film has started to be released, including this track from Scott, which was produced by the film’s composer, Ludwig Göransson.

“The Plan” debuted last Friday during an NBA playoffs broadcast. The song was featured in the final trailer for the film. The song perfectly complements the action-packed trailer, with the bass line hitting during fight sequences and the electronic-sounding beat booming underneath dialogue.

Christopher Nolan described Scott as the “final piece of a yearlong puzzle” to Ludwig Göransson’s score to Tenet in a GQ interview, which seems to be commending his work. However, the song itself is nothing extraordinary. It has a heavy bass line that seems to flow well with the auto-tuned stylings of Scott, but the lyrics leave much to be desired. There are some references to plot points in the movie, like the Boeing 747 that is crashed in one scene, but the rest of the lyrics are pretty standard discussions about running away from police and doing drugs. It seems to me like the movie must be able to speak for itself, as Travis said, “I can’t even explain it. You literally just have to watch it. It’s very fire” in an interview with GQ. While the movie is highly anticipated amongst audiences worldwide, the song is not anything unique or special in Travis Scott’s repertoire of breaking boundaries in music. It’s his first attempt at writing a soundtrack song and it seems to fit when watching the trailer, but it’s simply a song to listen to in the background of this epic movie, and nothing more.

Tenet stars John David Washington, Robert Pattinson, Elizabeth Debicki and Kenneth Branagh. The film is now scheduled for release internationally on August 28 and in the U.S. on Sept. 3 “where theaters are open.”