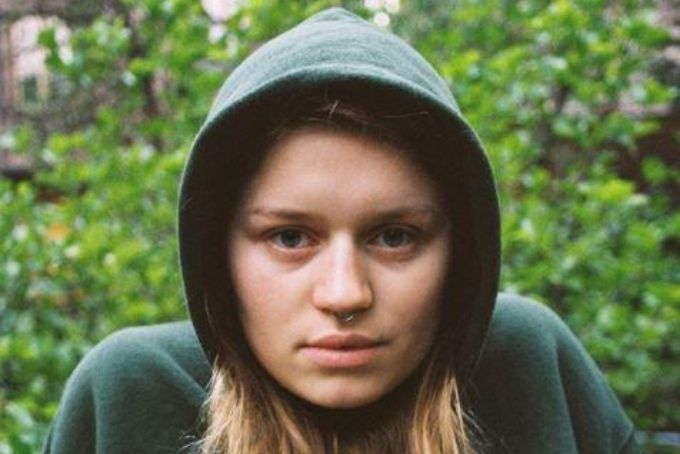 Girl in red recently shared a sneak peek of her forthcoming debut album with the release of her new single, “rue.” The Norwegian singer-songwriter, whose real name is Marie Ulven, shares that her inspiration for the song grew from watching HBO’s Euphoria and seamlessly connects to the protagonist, Rue. The new single is accompanied by an official music video, where Ulven depicts her infatuation with escapism as she navigates her own battle with mental health.

On release day, she clarified what inspired her to write “rue” with fans during a live stream. “It started out as, like, being inspired by Euphoria and because I saw a lot of myself in Rue, the character.” For fans of Euphoria, it’s no secret that Rue (played by Zendaya) struggles with a wide array of mental health disorders, including addiction. Each episode is narrated by Rue, as she presents some of the complex dilemmas that come with being mentally ill. As the show progresses, viewers watch Rue’s relationships with her loved ones gradually deteriorate over time.

Although Rue’s struggle is centered around drug addiction, Ulven admits that “a lot of the stuff [Rue’s] felt and is trying to escape from is shit I’m dealing with all the time… That’s some heavy ass work. It’s not physical work but it feels like it because it’s so hard.”

Throughout her music career, Ulven has consistently shown vulnerability, as she shares her experience with depression (i.e. one of her earliest singles, “summer depression”). In the lyrics of “rue”, she touches on the guilt she feels for letting her problems become visible to those who are closest to her. In the first verse, she sings, “I remember you couldn’t stop crying // You found me when I thought I was dying // Believe me when I say // I tried so hard to change.”

Euphoria is captivating in the way that it stands out from other popular teen dramas — from the glittery, colorful aesthetic, to the alternative soundtrack, to the diverse roster of characters who are portrayed in the most relatable way. Visually, Ulven attempts to emulate the somber-yet-beautiful aesthetic of Rue’s character throughout the music video. Ulven is captured wearing an over-sized, maroon zip-up hoodie (similar to Rue’s predictable getup), as she runs through a never-ending forest of darkness. The treacherous path Ulven takes throughout the video is a metaphor for her journey within her mind.

To dive deeper, Euphoria has made a progressive leap in mainstream teen culture, as it normalizes the LGBTQ+ community through its dynamic plot lines and characters. Ulven takes a similar approach with her music, in hopes to de-stigmatize LGBTQ+ folks who live in a heteronormative society. As a young artist who identifies as queer, it’s essential for girl in red to freely express her sexuality as she pleases, starting with writing female pronouns into her lyrics.

Even though she takes pride in her queer identity, Ulven hopes that her music can be enjoyed by anyone, regardless of their sexuality or gender identity. After receiving some feedback that her work should be labeled as “queer music,” she called out this misconception via Twitter and Instagram, to set the record straight with her fans.

Moving forward, we have high expectations for the future of girl in red! The 21-year-old recently shared in an interview with NME that fans should expect her new music to feel “more mature.” She claims that her time in quarantine this year has allowed her to “reflect way more on things that are not only happening on my behalf, but also understanding other people’s feelings.” We can’t wait for a more refined, mature era of girl in red, as she anticipates the release of her debut album!