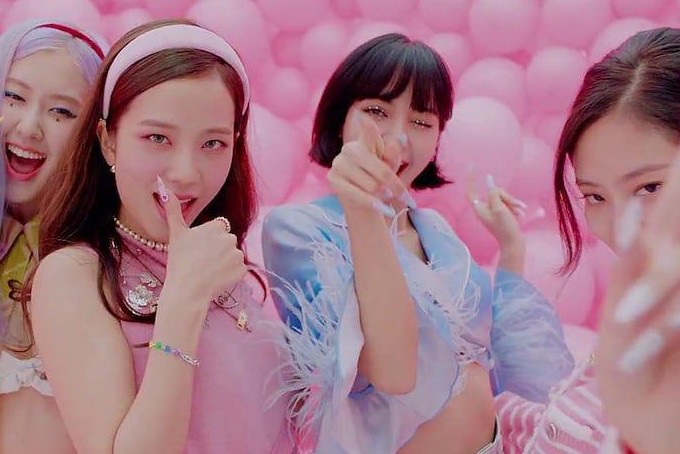 The collaboration fans have been looking forward to is finally here! Selena Gomez and the ladies of Blackpink — Jisoo, Jennie, Lisa and Rosé — have released “Ice Cream,” along with its extremely fun music video. With blindingly bright visuals and upbeat production, it’s sure to give anyone who listens a super sweet feeling.

The Korean girl group sensation have recently kicked off their new era, starting with “How You Like That.” The follow-up track, “Ice Cream,” features the one and only Selena Gomez. This is not the first time the group has collaborated with American pop-stars. In fact, they recently collaborated with Lady Gaga on her new album Chromatica. They’ve also worked with British songstress Dua Lipa on their single, “Kiss and Make Up.”

“Ice Cream” has all of the recognizable elements of a Blackpink track, but with more pep. Blackpink songs tend to build up to an intense moment towards the end, but “Ice Cream” stays true to its name and ends as sweet as it begins. Fans were also excited to know that fellow pop-star Ariana Grande was involved with the writing of this track.

The song starts with Selena — but not a full verse. It constantly switches from Selena to the group throughout the tune, fully integrating the feature into the song instead of on a stand-alone verse. Selena’s vocals blend so well with the girls of Blackpink — a casual listener might not even realize there’s a feature.

Although a bit repetitive, “Ice Cream” will be stuck in your head for days. It’s fun, sassy and smart because it appeals to not one, but two major fandoms. The standout moment of the track is definitely Lisa’s rap verse, coming in just before the outro. As always, Lisa’s flow is impressive and the lyrics are cheeky. As she raps, “Think you fly, boy, where your visa? // Mona Lisa kinda Lisa,” you can’t help but get excited.

The video matches the energy of the song perfectly. Although Selena was not actually with the girls for the shoot (COVID-19, unfortunately, robbed us of that), the clips match up perfectly to create an ice cream fantasy. It’s simply a joy to watch, from Selena looking beyond gorgeous in an ice cream truck to the Blackpink girls delivering their always-flawless choreography. There are also animals featured throughout the video, including an adorable golden retriever and a capybara. It’s hard to take your eyes away from the bright colors, fun aesthetics and cute interactions between the Blackpink girls.

“Ice Cream” is exactly what it needs to be: a summer bop full of high energy and the perfect use of a big feature like Selena Gomez. The girls of Blackpink aren’t afraid to be a little cheesy, and that’s why we love them. We can’t wait to see what’s next from this era, but until then, “Ice Cream” will be on repeat!