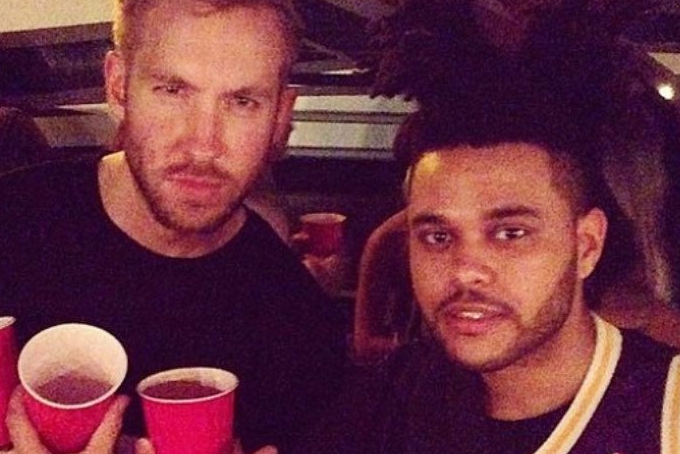 When platinum selling artists join forces for a track, people take note. Such was the case as Calvin Harris enlisted The Weeknd for his first track of 2020, “Over Now.” The track was picked up on radio swiftly and reached the millions on the Spotify ‘streams’ ticker within 24 hours of release.

Promotionally, the track was hinted at during The Weeknd’s August 7 TikTok concert. The pair also appeared in a post on The Weeknd’s Instagram on August 20, captioned “don’t get too confused…” Movie style posters were also produced for social media.

On the production side, the track feels like it was dropped to the cutting room floor during the making of Harris’ most recent album, 2017’s Funk Wav Bounces Vol. 1, which inflicted the same R&B vibes. The album featured just about everybody worth mentioning in hip hop and popular music right now, from PartyNextDoor to Frank Ocean to Ariana Grande.

Falling under the ‘breakup song’ category, the track divulges on letting go of a failed romantic venture and the substances used to keep in going when things went downhill. The Weeknd sings “So, I take this just to forget you / I don’t regret those memories” alluding to drug use while dealing with the stresses caused by the relationship’s breakdown. Some fans made the quick connection to The Weeknd’s most recent relationship with fashion model Bella Hadid.

Shrouded in sumptuous synth-wave and guitar that insinuate summer, The Weeknd goes on to state his steadfast stance on the relationship being over, refuting questions of a come back “We ain’t ever gonna go back / This time, it got so bad / It’s best for me, it’s best for you.” The track hits hard on the raw emotions of a relationship in peril, while also touching on the relief of the toxicity leaving your life as the other person does the same.

the weeknd is literally working with legends, from daft punk to calvin harris. over now is amazing purrr✨

One thought on “Calvin Harris, The Weeknd Lay Down 70s Funk Vibes on “Over Now””