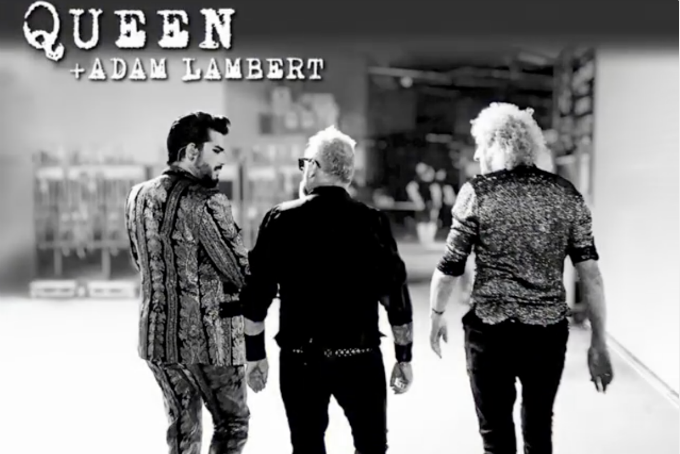 The shoes of Freddie Mercury could never be truly filled, but Adam Lambert is doing a pretty damn good job. After several years of touring together, Queen is releasing some of their collaborations with Adam Lambert. On August 27, they released “The Show Must Go On”.  This is fitting as it was the last song Freddie recorded before his tragic passing. The track is powerful in times of past hardships and now when live music is in question. The beautiful part of this song is you can feel every emotion. Adam Lambert has so much character, but never in a way that mimics Freddie. He is doing an amazing part to honor the legacy of a great performer.

“The Show Must Go On” is unique in that its message seems to transcend time. Brian May wrote it in the early 1990s to honor and cope with his friend’s illness. Now, it is a message of resiliency for the band and everyone willing to listen. Releasing the live track now, it can serve to motivate those through the turmoil or the pandemic. Lines like, “Inside my heart is breaking. // My makeup may be flaking // But my smile // Still // Stays on,” are timeless. If Freddie could record this song flawlessly when he was so sick, we can truly do anything.

To match the powerful lyrics, Adam Lambert truly brings an emotive presence to Queen’s music. With Adam’s voice breaking through a beginning of softer strings, it’s chilling in the best way possible. When the chorus comes in, Brian May’s backing vocals, killer guitar, and Roger Taylor’s steady drums, bring listeners with a grandiose experience. Listeners hear the pain and urgency in the song. Plus, who could miss Adam’s falsetto. That man hit every note flawlessly with his own spunk. Freddie would truly be proud.

If you want more of Queen + Adam Lambert, lucky for you there’s the “Live Around the World” documentary coming soon. They are bringing back the power and positivity of rock in the 2010s. Maybe the show will truly go on and we can experience the sheer brilliance of Queen + Adam Lambert in person again soon. Which of your other favorite Queen tracks are you ready to hear Adam slay?