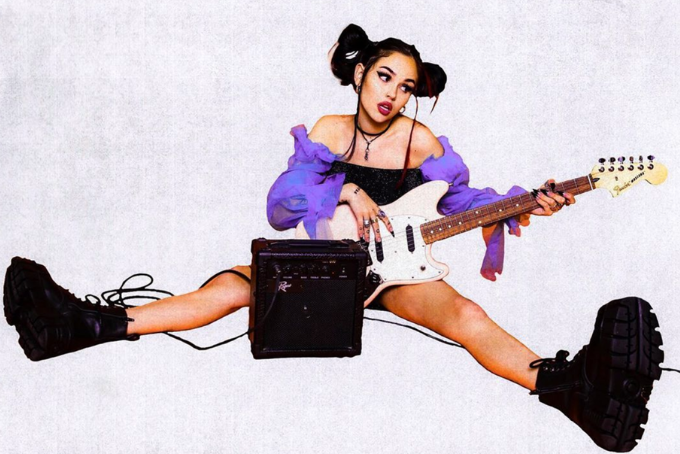 Maggie Lindemann just dropped “Knife Under My Pillow,” a pop-rock banger off her upcoming debut project.

The song is basically about fear and paranoia: “Sorry, I don’t mean to freak you out // But I hear someone inside my house,” she says casually to start the song. The chorus is perfect for a singalong. The melody for the lines “Got me staring at the window // A knife under my pillow // But it’s all inside my mind,” will be stuck in your head for days.

The production matches the edgy lyrics, with grungy guitars and heavy drums. The song wouldn’t sound out of place on a soundtrack for an early-2000s movie (and we mean that in the best way possible).

Lindemann explained the song’s meaning in a press release: “I started watching horror movies at a super young age, which I think is what probably sparks this fear in my brain. When I was a little kid my biggest fear was being kidnapped. But I swear to you there was something going on in this house I was living in. I actually really did start sleeping with a knife under my pillow.”

This is the singer’s first single since “Friends Go,” which came out March of last year. We’re excited to see what the rest of 2020 has in store for Maggie Lindemann. We’re keeping our fingers crossed that she drops her debut project soon!

Check out “Knife Under My Pillow” here!