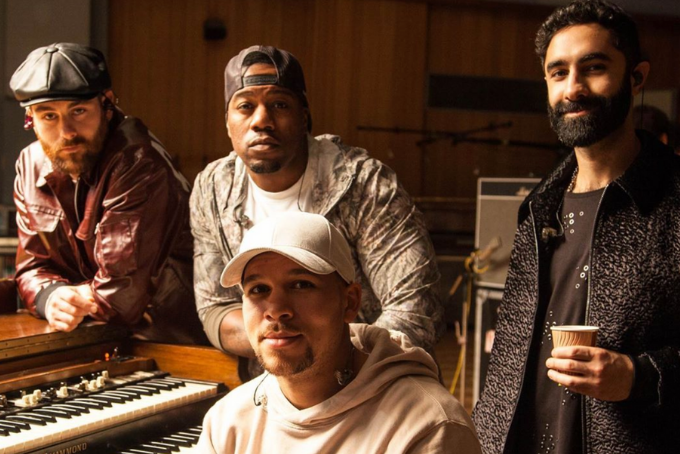 It looks likes Rudimental didn’t want to leave fans without another new single to lead them into the end of summer. The British four piece had released back-to-back singles “Easy On Me” featuring The Martinez Brothers and “Krazy” featuring Afronaut Zu back in March.

As the group is prepping the release of their fourth studio album, they’ve given us another taste of what we could expect with their latest single, “Come Over,” featuring Anne-Marie and Tion Wayne.

“Come Over” is a lowkey summer track. Anne-Marie’s smooth and sweet vocals soar over a downtempo track with touches of Rudimental’s signature horns and crisp percussion. North London rapper Tion Wayne joins the track on the bridge, flowing effortlessly and bringing his own vibe to the track. It would have been interesting to give Wayne a bit more time to shine, since the track, while nice, stays at the same level the whole time with little changes in the track itself.

Lyrically, the track tells the story of wanting an old flame back. “I had to mess up so I could understand // You were the best thing that I ever, ever had,” Anne-Marie earnestly pleads in the chorus. The chill vibe of the track fits the theme better than I think a bold, anthem-like production would. This isn’t a love song, it’s a song about heartbreak and longing and a more lowkey production lets the message take the lead.

While we are still waiting for a release date for Rudimental’s new album, “Come Over” is a nice addition to the small collection of singles they’ve given us so far. It’s a light and ready for end-of-summer playlist track.

Check out the visualizer for “Come Over” below!