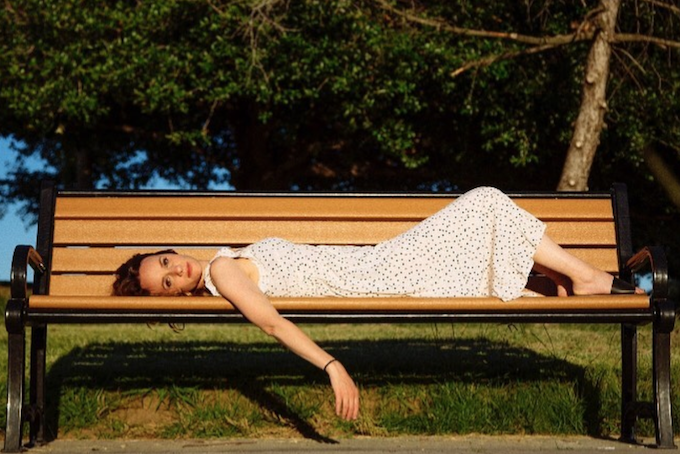 She’s a powerhouse vocalist and incredible songwriter who deserves to be likened to her idols Billy Joel and Carole King. Her offerings masterfully merge the genres of Americana, folk and country, and they force you to take a good hard look at your life. Nevertheless, Michigan native Annie Stela somehow manages to be one of the internet’s best-kept secrets — at least that’s how one of her YouTube fans puts it. But Stela’s been in the game for nearly two decades and, frankly, her new material is too good to sleep on.

With her forthcoming EP “Joy,” Stela shares her personal journey of becoming a mother for the first time, complete with all of its extreme highs and extreme lows. For Stela, it was especially important to use her platform to raise awareness for postpartum depression, something she experienced for the first year of her daughter’s life. “I had no idea how hard it was going to be, and I couldn’t believe no one was singing about it. So I started writing about it.”

The six-track project all started with her single “Weight of Life,”a somber yet hopeful glimpse into the emotional journey that unfolds when one’s life changes forever. Even though its inspiration is deeply personal to Stela, it’s a song that easily resonates with any listener. It speaks to fear, isolation, uncertainty and depression in a way that’s somehow gut-punching and uplifting at the same time. In particular, one lyric grabs hold of you and serves as a reminder that even when everything sucks, it’ll all be OK one day. Why? Because that’s just how life goes: “Your back, it won’t break under this/Lord I know it feels like it might. It aches you, it’s so hard to hold, but that’s the weight of life.”

The video for “Weight of Life” is stunning. It begins with Stela wandering through a field of overgrown crops while wearing an impeccable black body-length peacoat. She stands out like a spotlight, partly because of her bright blonde hair, but mostly because she exemplifies a ray of hope in what would otherwise be a sea of gray. Most of the video features her sitting next to a younger version of herself, who’s played by model Isabella di Rienzo; the casting is sheer perfection. As both Stela and di Rienzo lip sync the lyrics, you truly feel like this is the same person dealing with life’s tribulations in different ways at different times.

The song itself is profound; Stela’s singing gives you goosebumps, the lyrics scare the hell out of you, and the overall effect astonishingly restores your faith. Given the current undertow we’re all living in, “Weight of Life” couldn’t come at a better time. As one YouTuber put it, “I love that I got to hear this, (it) gave me some hope after losing my job.” Stela knew this track was special and that it would ultimately set in motion a bigger project: “I like each song (off of ‘Joy’) for a different reason, but the one that sparked the idea for the EP is ‘Weight of Life.’ It was the first song that made me realize I was going to make a record about motherhood.”

While “Joy” dives deep into the topic of postpartum depression, it’s also — as Stela puts it — a retelling of what it’s like to piece your life back together after your senses of identity and purpose are shattered by motherhood. It’s a niche subject matter, but that’s one of the reasons why she was so driven to speak on it. “This is very specifically a record about my experience with motherhood. I chose from the beginning not to shy away from that or pretend it’s about something else to make it easier for people to swallow. There are very few songs out there that address the dark and light of being a parent. I wanted to hear that,” she explains. “But I also believe that if a song is really good, it will resonate whether you’ve had the experience or not.”

Stela tapped the expertise of Tony Buchen, who’s most well-known for his work with Courtney Barnett and Robyn Hitchcock, to bring “Joy” to life. On paper, Buchen gets marks for producing and mixing the EP, but he played a much larger role in shaping and defining its sound than those credits suggest, Stela admits: “In terms of the sound, he took something very personal to me and broadened it … made it cinematic.”

Although they were near strangers when the recording process began, their relationship blossomed into a mentor/pupil dynamic that Stela calls a “godsend.” As she would play piano, Buchen would observe and give her notes. “At first, I felt a little like a kid with their piano teacher, but then he would stop me and say, ‘Try this.’ Which isn’t odd, but the ease of it was. So much of it worked,” Stela says. “To have that automatic command of someone else’s material, and to have there be no ego and nothing strange about hopping in and arranging stuff so personal. Tony is a badass.”

But that’s not to discount the fact that Stela herself is a badass. Barely out of college, she was able to land a record deal with Capitol Records. Although she parted ways with Capitol shortly after it merged with Virgin Records, she’s gone on to solidify herself as a can’t-miss live performer with two albums and four EPs under her belt. Initially, she worried that motherhood might interfere with her career. She was sorely wrong, though; if anything, it helped her shine even brighter as an artist. “I was concerned that being a mother would drain the art right out of me. Instead, it knocked down all kinds of walls and made me see the world in a much larger way, so I’m grateful for that,” Stela explains. “It also made me too tired to hide what I was feeling, so I’m grateful for that, too.”

Spoiler: The story of “Joy” is a joyous one. It’s an EP that affirms just how miraculous humans are at weathering the storms that constantly come our way. It’s also a wildly impressive album, given that it doesn’t sound like something we’ve heard before. There’s no shortage of hopeful songs that tackle sad subject matters, but the avenue of motherhood is one that’s rarely taken in music. Stela not only traverses the route like a true road warrior, but she comes back with travel tales that are sure to inspire anyone who gives them a listen. “Joy” will undoubtedly make you feel empowered, but even the soothing effect of music such as this can’t get you through motherhood’s darkest moments, Stela stresses. For that, you’ll need to call in reinforcements.

“My main advice for others who find themselves there is to ask for help, not only with your depression but help with the kid. Bring in a sitter, call your parents or relatives, have a friend come over and watch the baby while you nap. Do not be ashamed to call on your support system, whatever that may be,” Stela begins. “There’s a very strange dichotomy that happens with (postpartum depression): You love your child so much, but having them makes you unwell. A lot of shame comes from that and frankly it shouldn’t. This is chemical and biological. It doesn’t mean you’re weak or a bad mother. So my advice is try your hardest to fight off those feelings of shame. They’re lies.”

For more music and words of wisdom from the fierce mama/singer songwriter—and pictures of her adorable daughter, Goldie—check out her Instagram.