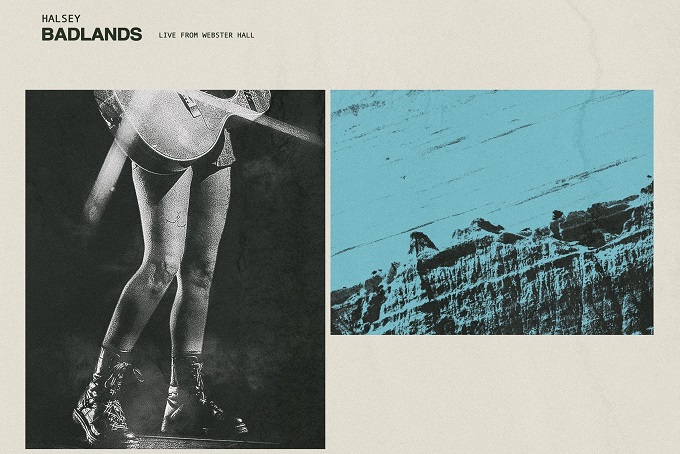 August 28, 2020, marked the five year anniversary of Halsey‘s debut album BADLANDS. Of course, the singer had a surprise up her sleeve. Everything started on August 17, when the Badlands Twitter account sent a tweet with the message “It was nice to meet you.” This was the first time in four years that the account was active, and fans were thrilled because they knew something was about to happen. After five days, a few more tweets, and even a cryptic website, Halsey herself revealed the surprise. Her first live album, BADLANDS (Live From Webster Hall), was coming out on August 28.

It was nice to meet you.

The album contains live renditions of all 16 tracks in the BADLANDS album and of the singer’s 2014 tracks “Trouble” and “Is There Somewhere.” The only song that is not included — though we can hear a snippet of it in “Drive” — is “I Walk The Line.” The album was recorded on May 8, 2019 during Halsey’s BADLANDS concert at Webster Hall.

Secret is out! After 5 years, we’re going back to the Badlands. This Friday, August 28th, I am excited to share my very first ever live album: “Badlands (Live From Webster Hall)” pic.twitter.com/71g7HhdEJ0

Moreover, the album includes four talking breaks in which the singer talks about her experience writing BADLANDS at 19 years old, losing and finding herself, and performing for many devoted fans throughout the years. Definitely, one of the funniest moments in the album is Halsey saying “Usually by now there’s someone in like the 6th row who’s like ‘shut the f**k up. Stop talking. Play a song. Play “Closer.”‘ I’m not f**king playing ‘Closer.'”

The original BADLANDS album holds a special place in Halsey’s fans’ hearts, and although BADLANDS (Live From Webster Hall) has the same songs, it somehow feels like a completely new album. Not only did Halsey offer a whole new experience to the fans who have been supporting her since the early years of her career, but she also allowed new fans to experience BADLANDS for the first time. Also, this album made international fans very happy since they have fewer possibilities of watching Halsey perform live.

I didn't grow up with halsey in the badlands.

She was running and somewhere on that journey I bumped into her.

She told me about the badlands, but I had never visited till she took me yesterday.

She may not be the girl I grew up with but she's my forever travel companion.

Even though BADLANDS (Live From Webster Hall) is a masterpiece in full, some performances are worth highlighting. Halsey’s stripped rendition of “Coming Down” undeniably became a fan favorite; “Control” comes to show how much her vocals have improved over the years; and one of the most beloved tracks, “Is There Somewhere,” brings the album to the perfect closure. Halsey’s fans are so impressed by the album, that they even like it more than the original BADLANDS album.

i’m sorry halsey but i don’t i’ll ever be listening to badlands again. in this house we only stream the badlands live album 😌😌

On August 28, after the release of the album, Halsey’s fans created the hashtag #whywepickedyou on Twitter and shared the reasons why they support and love the singer-songwriter. In return, Halsey wrote a letter thanking them. At the end of the letter, Halsey wrote: “As for all the still untold secrets that BADLANDS has to offer? They’re locked deep in a safe, awaiting their timely arrival. I guess you’re gonna have to wait another five years….. Love always, Halsey.” This means, luckily, that we can expect more BADLANDS-related surprises in the future.

I have never loved anyone more and I never will. #whywepickedyou hashtag is keeping the tears rolling this fine morning. Something small but special coming to say thank you tonight. 💗

We are extremely happy and thankful for this album, and we are also eager to listen to live versions of Halsey’s Hopeless Fountain Kingdom and Manic. You can stream BADLANDS (Live From Webster Hall) now on Spotify and Apple Music.

2 thoughts on “Halsey Reinvents Herself With New Live Album”