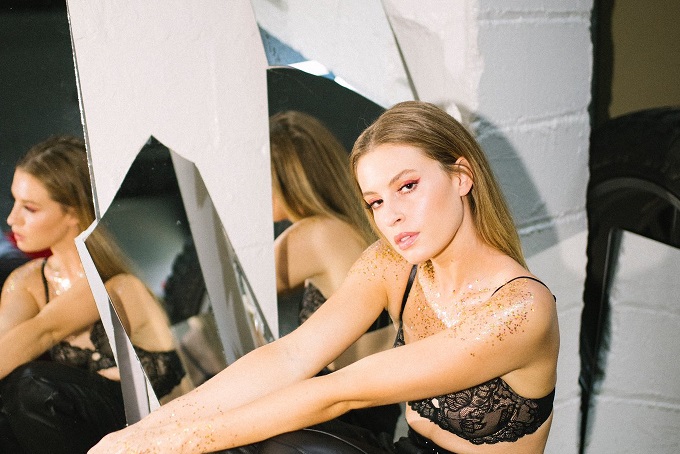 Since her breakthrough track ‘Undrunk’ became a sleeper hit last summer, Fletcher has more than established herself as the queen of queer break-up anthems. A gay Taylor Swift, if you will, Fletcher has been churning out break-up bangers for the last year. Last summer’s You Ruined New York For Me featured some of the years’s best anthems for broken hearts like “All Love” and “If You’re Gonna Lie.” With her latest track, Fletcher expands vision, diving into some more sexual subject matter.

The concept of “the one” is as clichéd as they come, one that has compelled writers of all mediums since the beginning of time. With the modern age, the idea of someone not being “the one” but being enough for one night has become something of a modern cliché. The latter is what consumes Fletcher on her latest cut from her forthcoming EP The S(ex) Tapes, the aptly titled “The One.” A flickering electro-pop song, “The One” sees Fletcher at her most sensual, flirting with a someone who is “not the one” but who she thinks could be “the one right now.”

Production-wise, “The One” breaks new ground for Fletcher, developing the very successful blueprint that much of her prior tracks borrow from. Maybe her biggest pop song to date, “The One” builds itself around a minimalist beat of clicks and a flourish of 808s, eventually crescendoing into a twitching, stuttering breakdown, decked out with operatic backing vocals. Fletcher sounds gorgeous here, floating into her upper register to add extra sensuality with her delicate falsetto: “I wanna bite your lips //  Do some freaky shit.” The new track also arrives with a stunning music video directed by Fletcher’s ex-girlfriend Shannon Beveridge, featuring the singer looking gorgeous as she dances around.

“The One” follows two other tracks released from the forthcoming EP: “Bitter” ft. Kito and “If I Hated You.” Fletcher’s The S(ex) Tapes is set for release later on September 18.