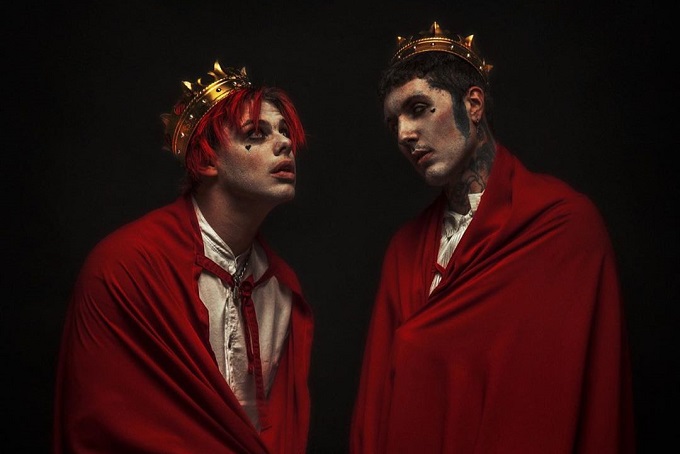 On September 2, Bring Me The Horizon unveiled their new music video for the single “Obey,” featuring Yungblud. The first hint of this collaboration was a tweet in which Yungblud told BMTH’s frontman Oliver Sykes and keyboardist Jordan Fish to check their inbox. And with that, the musicians created a great song and an iconic music video. “Obey” is definitely an upgrade from the bands’ previous single “Parasite Eve.”

The artists talked to Forbes about the collaboration, and YUNGBLUD admitted that he has been “a massive Bring Me fan my whole life. We’re from the same place, and they were kind of part of my soul.” Moreover, Oliver revealed that seeing Yungblud protesting in Los Angeles against police brutality and racism was one of the reasons why the band wanted to collaborate with him. He shared, “I saw Dom out there taking rubber bullets, and you got to brave to do that and Dom does that everyday with his political statements, and he puts himself on the line and stands up for people that don’t have a voice.”

Bring Me The Horizon is slowly returning to their musical roots while keeping it fresh, and “Obey” is no exception. The track is full of anger, and its message is clear: politicians and world leaders are the cause of people’s oppression. Mostly, the lyrics are written from the point of view of the oppressor. In the chorus, lyrics like, “Obey, whatever you do // Just don’t wake up and smell the corruption,” shine a light on people’s blindness to the government’s malpractices and many people’s inaction when it comes to social issues.

Oliver revealed that their inspiration when writing the song was everything that has been happening in the world. The singer thinks that “a lot of people are realizing that maybe the people in charge aren’t looking out for our best interest.” Yungblud and BMTH want to encourage people to raise their voices against injustices and abuse. Sykes stated, “If this year has taught me anything it’s that… if you believe in somethingm you have to voice it. You have to make sure you’re saying ‘I stand with these people, I stand with the oppressed.’ Otherwise, you’re only as good as the oppressor.”

Along with the song, the Oliver Sykes-directed music video for “Obey” is as Bring Me The Horizon as it gets. In it, both Oliver and Yungblud operate giant robots and fight each other. However, what stops the fight is the power of love. The video’s funny plot twist serves as a metaphor for what we must do as a society: we must stop hating each other and start becoming more empathetic. And on top of that, we must direct our attention toward important issues that are right in front of us.

You can watch BMTH and Yungblud’s “Obey” music video below: