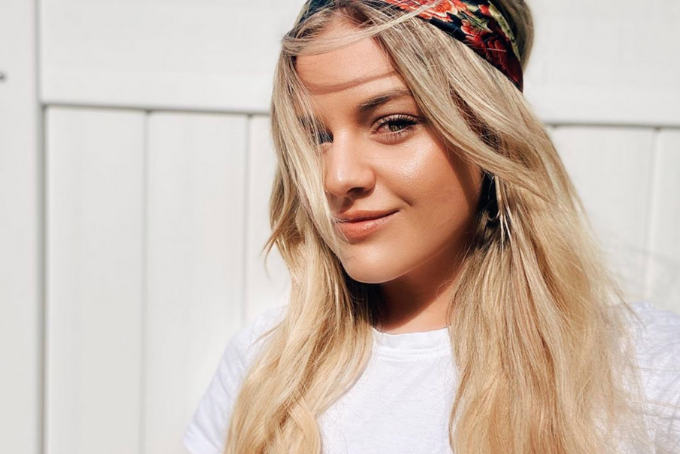 We love to see boss babes excelling in the music industry. One country queen that consistently slays the game is Kelsea Ballerini, who celebrates a birthday on Saturday, September 12. Her positive energy and love of life makes her so humble, and her music allows us to feel calm and find our confidence.

Upon the release of her debut album, The First Time, in 2015, she became the only female country artist to reach No. 1 with her first three consecutive singles. That’s incredible! Let’s take a look at her career and our fav tracks!

Before the “Homecoming Queen?” singer was soaring up the charts, she grew up in Knoxville, Tennessee, with her mom and dad. While starting to experiment with music and lyrics, she took dance lessons and sang in the choir groups at both school and church.

At 19, she signed a deal with Black River Entertainment. Her debut included two singles that rose her to stardom: “Peter Pan” and “Love Me Like You Mean It.” The lyrics decode life, love and presence, connecting with an audience and establishing her style.

A few years later, in 2018, Kelsea graced the radio-waves again with her second album, Unapologetically. From “Graveyard” to “I Hate Love Songs and “High School,” the theme centered around turning a new leaf for the singer when compared to her lighter debut album. Fans could still resonate with the heartache, strength, and resilience that the tracklist provided. With the sophomore album, she secured more spots on the charts and nominations for several CMA awards.

heyyyyy. just a reminder that as exciting as it is that things are starting to reopen, it’s still so so important that we are mindful of doing our part to keep ourselves and others safe. If you’re venturing out, be smart. love you. *air hug*

This has all paved the way for her third full-length album, which was released in two parts. The first piece,Kelsea, was completed this past March and served as a great treat for fans despite the recent news of the COVID-19 pandemic. Then, in September, Ballerini was announced as the unplugged follow-up part of the album. The guitar and soft-techno sounds flow perfectly with her lyrics. Of the projects, Ballerini explained to Billboard, “Kelsea is glitter: bold and effervescent and dreams that are boundless. She’s who I want to be. While Ballerini is emotional, vulnerable, soft: observes her surroundings and chooses her words carefully. She’s who I am.”

On the latest album, our favorites include: “Club”, “Homecoming Queen?,” “Hole in the Bottle,” “Half of my Hometown (with Kenny Chesney),” “Love Me Like a Girl,” and “The Other Girl (with Halsey).” With these tracks serving on any playlist, you’re bound for good vibes!

Along with her solo work, Kelsea has also collaborated with many artists to produce amazing songs! Alternative singer-songwriter John K. and Ballerini teamed up for the super-sweet track “If We Never Met.” Country star Thomas Rhett wrote “Center Point Road” with the idea of Kelsea contributing on the track. Electro-pop duo The Chainsmokers worked with Kelsea on the groovy “This Feeling,” which is on their 2018 album, Sick Boy.

Ballerini, who is married to country singer-songwriter Morgan Evans (can we say a perfect match?!), will perform this coming Wednesday, September 16, at the 55th ACM Awards, so be sure to check it out!