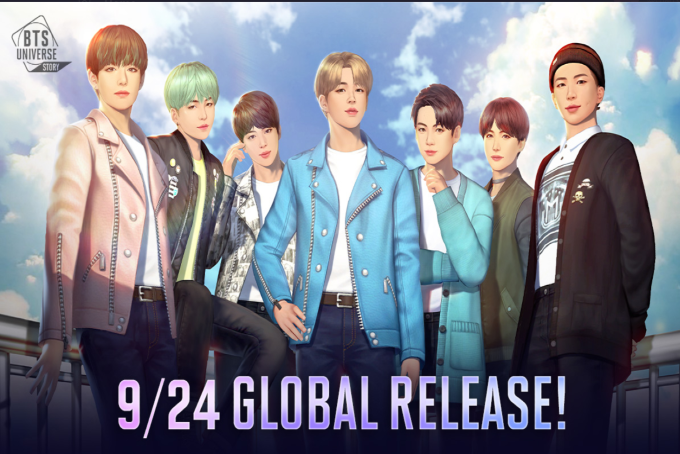 This is the group’s second project with Netmarble, following the wildly successful BTS World released in 2019. BTS World puts players in the role of manager for BTS. The game was Netmarble’s first mobile game to reach the No. 1 spot on Apple’s US App Store. BTS also released a rhythm game called Superstar BTS, though service ended for the game on June 23 of this year.

While Superstar BTS is no longer supported, the group’s management, Big Hit Entertainment, purchased music game developer Superb in 2019. There will likely be many more music games to come for BTS and other Big Hit artists. In a statement about the acquisition, founder and CEO Bang Si-Hyuk said, “Big Hit believes games is an industry that can create strong synergy with music, our main focus. We believe this acquisition will provide positive value and opportunities to both companies, as well as Big Hit’s expanding multi-labels.”

The new game is marketed as an “interactive social game” that includes multiples stories with the BTS members as characters. There will be two main game modes: Story Playthrough and Story Creation. Players will go through pre-existing storylines in Story Playthrough mode, while they will be able to create their own stories to play through in Story Creation mode. Another mode, called Collection, will let players style the group members and take AR photos with them.

Right now and up until Thursday, September 17, fans can collect daily character photocards on the official BTS Universe Story website. Once players collect their photocards, they get to keep them and share them with other players. Photocards are commonplace in the K-Pop industry, with physical copies of albums coming with a random photocard of an idol group member.

Are you excited to create your own adventure with BTS? Make sure to check out the game’s website and Twitter (@BUSgameOfficial).