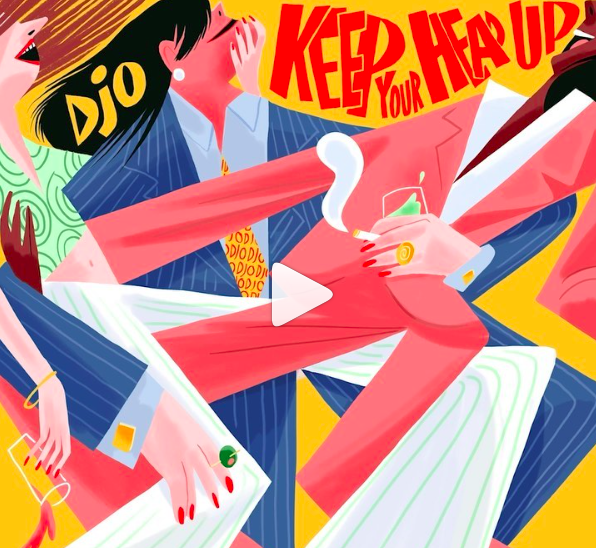 Time to add another entry to the list of artists who are experimenting with disco vibes this year! Stranger Things star Joe Keery just released “Keep Your Head Up,” under the name Djo. He has previously released an album, Twenty Twenty, under that same name.

“Keep Your Head Up” mixes disco beats and falsetto with psychedelic-rock keys and fuzzy guitar licks. “Got to love yourself // go ahead, touch yourself,” he sings in a Bee-Gees-esque tone, before launching into the chorus: “Got to keep your head up,” sung repeatedly over a groove that wouldn’t sound out of place on a George Clinton song.

“I have been recording for fun, downloading music, for a really long time,” Keery told Rolling Stone in a recent interview. “And it’s something that I always wanted to do. I had a bunch of songs that were done and ready and pretty mixed, and I had a friend, this guy named Adam Thein, and me and him took the songs over the finish line. Pretty fun.”

Like a lot of other artists, Keery had planned to tour in 2020, but all this down time has given him time to return to the studio. And, from what we understand, there are more Djo songs are on the way.

In a press release, the song is described as “a much-needed bolt of positivity in an otherwise dark time,” and we agree! In times like this, we all need to be reminded to keep our heads up, and this song is an excellent (and funky) way to do just that.

Check out “Keep Your Head Up” here!

What do you think about stars like Joe Keery taking on a music career? Let us know!