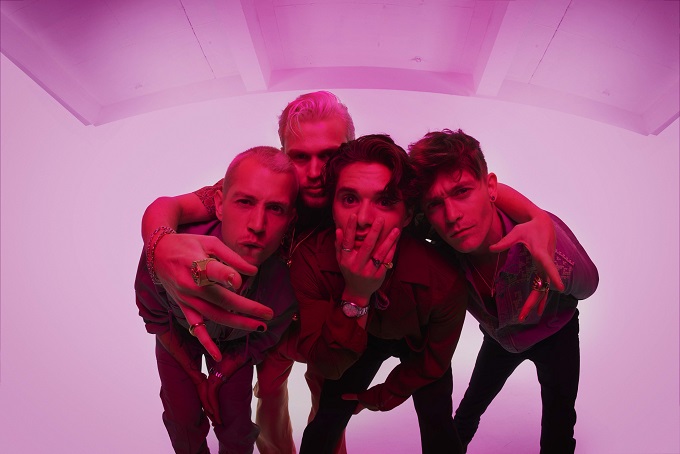 Last Friday, The Vamps shared a new lyric video for their song “Chemicals.” This is the second single off the band’s upcoming album, Cherry Blossom, coming out on October 16. To celebrate the release, the band hosted a Zoom party in which over 200 fans took part.

In the party, the band streamed the “Chemicals” lyric video for the first time, thanked their fans for all the support they have shown through the years, answered a few questions, and even picked some fans to chat with.

Back in July, The Vamps talked to Hunger Magazine, and lead singer Brad Simpson referred to Cherry Blossom by saying: “I think people can expect a very honest body of work that we are immensely proud of. Live shows have always been a huge part of the band’s DNA and this album has been written with this very much in mind.” Indeed, “Chemicals” exemplifies Brad’s statement because the lively single is worthy of being part of the band’s setlist in future concerts.

Just like the previous single “Married in Vegas,” “Chemicals” contrasts the sound of The Vamps’ past work. In an interview with Boys by Girls magazine, drummer Tristan Evans described the production of the album as “much darker so it can appeal to a lot more people that like alternative music.” Definitely, “Chemicals” sounds like a potential hit, and it will surely turn more people into fans. The love song also comes to show how the band has evolved and matured throughout the years. Doubtlessly, all the members have improved their musical abilities incredibly since The Vamps’ 2013 debut single “Can We Dance.”

So far, both singles hint that Cherry Blossom will be the bands’ best and most authentic album. Hopefully, this record will increase The Vamps’ fanbase and also expand the band’s recognition worldwide. It is about time that people realize how truly talented these musicians are, and to look past the “boyband” label.

Regarded as “the rebirth of The Vamps,” Cherry Blossom will be out October 16 and it will include 10 tracks. You can pre-order it in the band’s official website. In the meantime, you can listen to “Chemicals” and watch its lyric video below: